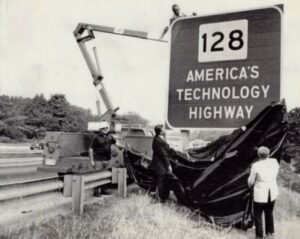 A new company announced this week in the networking space that did what rarely happens and tends to be very disruptive if it works.  They rethought how to do networking largely from scratch to address the primarily massive problems of security and excess complexity which are opening our firms up to successful exploits.   We get events like this from time to time.  Apple, Atari, Commodore, Microsoft, and Sun rethought computing and that market dramatically changed, Apple rethought music and cell phones, Amazon rethought books and computer services, and Tesla rethought cars.  Each began a revolution, some not complete, that massively disrupted their respective spaces.  Well 128 Technology has launched and they appear to be making an impressive attempt to rethink networking.

Let’s explore that a bit.

We also tend to layer technologies and deploy in waves that are years apart so that we are not only never done upgrading the network there is no part of that network that remains up to date and secure for long.

To fix this isn’t just about creating new more flexible and easier to change switches and routers but to reinvent the network so that it can evolve from being one of our biggest exposures into something we can believe not only appears secure but can actually be made secure.

What 128 Technology did was basically rethink networking from a granular level.  In much the same way that companies like ROLM Systems rethought telephony back in the 1970s and 1980s so that calls could be dynamically routed to the least cost provider 128 Technology built around the concept of secure encrypted data tunnels as a way to better transport data across wires that are increasingly easy to compromise.

Like those PBXs and CBXs used least cost routing as their primary method of cost recovery 128 Technology uses Secure Vector Routing to basically eliminate tunnel overlays between locations regardless of where they are.  This last assumes the network is compromised so no data is sent in the clear.

The end result is a relatively simple though very different networking solution.  One that is goes farther to define itself with software, virtually 100% software, then current software defined network solutions and auto-provisions networking capabilities based on need.

This all provided centralized control wrapped with an analytics engine that allows the limited networking resources to be fully optimized.

In the end services and applications are all based around the needs of the session as are network functions like Firewall, SBC, and Load Balancing.   Session orientation is end-to-end rather than the more common hop-to-hop.

The end result is a solution that is vastly simpler, far less costly to build and a fraction of the cost to manage of traditional networks, far more agile, and significantly more secure.  Oh and it is also largely automated.

What 128 Technology is attempting is no less than a revolution in networking.  An idea that we can’t repair something to address problems that didn’t even exist when the current networking constructs were created, the solution needs to be reimagined.   The belief that we can do better but only if we go back to the drawing board and vastly rethink how networking is done like we rethought telephones with PBXs, music with iPods, phones with iPhones, and cars with Tesla.

That’s what 128 Technology is attempting and if they pull it off we could be seeing the birth of the next massive technology disruption in networking.

These Are Some of the Biggest Buyouts in the Tech Industry

Coca Cola, Nutmeg and What Else You Needed for a "High" Society Menu