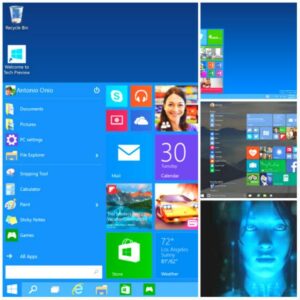 I’ve been looking at Windows 10 PCs from both Dell and Lenovo and noticed something really different this cycle.  Both companies have stripped out virtually all of the third party apps (only an anti-virus app remains) and while both have their own utilities they don’t get in the way and may provide some extra utility.

Lenovo in particular is trying to live down a mistake they made awhile back with a third party app that caused problems and they clearly got the memo with this load and Dell got that same memo even though they didn’t make this earlier mistake.

Let’s talk about one of the aspect of Windows 10 that has little to do with the OS and everything to do with a past idiotic idea on how to make more money.

Crapware is a class of product that OEMs were payed to put on their machines.  These apps at best got in the way and at worst actually broke things destroying the user experience.  HP was perhaps the worst any of the first tier OEMs with regard to these apps and their practice of burying the user experience under a massive amount of crap for a little margin relief.  The amount of money per machine was really small though clearly it would add up with volume.  But given how badly these apps damaged the user experience I often wondered if competitors funded these things.  I mean how much would Apple pay per machine to screw up a Windows box?   There is no evidence that ever happened but the result was the same, you got a new PC loaded with crap that often was incredibly hard to uninstall and just annoyed you on regular basis.

Well I’m here to tell you that the Dell and Lenovo laptops I’ve tried out are night and day better than I’ve ever seen before.  Not only don’t they have any crapware but the time it takes to get them up, running, and configured just how you like them is now measured in minutes not hours.  While it can still take up to 45 minutes to complete the process because files have to be copied up and down from the cloud the vast majority of that time in unattended so you can wonder off and do other things while the migration tools do their thing.  If you have any old applications that aren’t in the Windows store or files that aren’t being backed up by One Drive you’ll still need to copy them manually but everything else just moves and when you are done you have a PC that feels just like your old one but with today’s level of performance.

I was asked the other day about what I liked best in Windows 10 and one thing came to mind.  It just works.   The windows key + x hot key to the system menu still works like a charm and from there I can pretty much do anything I need done.  The user interface is back to the old Windows standard (no more screwy huge active tiles until I need them, and the transition between laptop and tablet mode actually makes sense now.   The upgrade in place is really easy and, as noted above, both Dell and Lenovo have done a great job cleaning up the installation and providing a much better overall experience than we had with Windows Vista, 7, and 8.

Wireless connectively is improved, boot speed is improved, and the product is massively less aggravating.  But in the end the best part is that it just works.

Dell and Lenovo have learned a lot since Windows 8 launched and, as a result, the move to new hardware under their brands has never been easier or less annoying.   Your stuff moves mostly automatically reflecting the work Microsoft, Dell, and Lenovo have done to improve the overall experience.   Much of this is because there is a renewed focus on making users happy which was missing in the last several releases.   Like a lot of others, I think you’ll like this OS but especially when it comes on new hardware.   Who knew 10 would be Microsoft’s magic number?

Is the Gambit Movie Falling Apart?