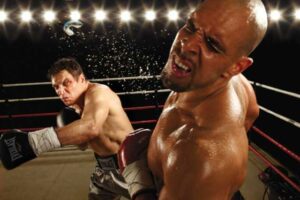 I guess it just depends on the time of year. If Apple is on the verge of announcing the next new iThing then the news is all hearts and flowers. Once that new iThing has been on the market for a week and people begin to discover the problems and Apple has to release patches then more problems then more patches, then it’s all ‘Apple stumbles’ and ‘Apple rushed things.’

Even though the rumors of new iPhone announcements and new Apple Watch announcements are beginning to feed Apple candy to the online press, it’s still a bit too early for intangible sweets (don’t worry, as we get closer to the real announcements you can be sure to find reporters once again crowded around the Apple rumor buffet).

In the meanwhile, I’ve noticed a surprising number of Apple-naysaying stories drifting through the ether.

It started last week with a report that claimed that after only three months since they went on sale, online Apple Watch sales had fallen off the edge of the world, dipping as much as 90% since launch.

A lot of sites jumped on that story and speculation ran amok. Of course a lot of sites and commenters came up with all sorts of reasons why that report was flawed, why the numbers didn’t mean anything and that it wasn’t really the end of the world (after all, estimates are that Apple has sold nearly three million watches in the first three months and a lot of other smartwatch manufactures would love to sell that many of their own wearable).

Today I noticed quite a few negative stories about Apple with headlines like:

But in case you might think the press may be growing weary of prancing around the Apple alter every time they sneeze and has actually started doubting the tech giant’s God-like qualities, there are a slew of stories talking about the possibility of new iPods that might be launching any minute now that may or may not have faster processors but probably will have new colors (why does that matter? Um…it doesn’t.)

So even if the press may have hit a small speed bump on the Apple highway to technology nirvana, I’m sure we’ll be able to pick up speed again as the Apple PR juggernaut begins hawking the next new iThing.

The President of Nintendo Has Passed