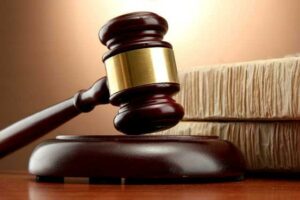 Since 2005, more than 75 data breaches have been publicly disclosed in which 1,000,000 or more records were compromised.

Now I’m not usually a big fan of legislation but it is becomming more and more obvious that corporations aren’t doing enough to protect our critical information and the only way to get them to spend the money to adequately secure their own systems is to force them to do it. And that means passing strong laws with real teeth.

First (and most obvious) companies that process, transmit or store any personal information should be required to implement cybersecurity measures and, like other industries whose products may have an impact on the public safety, they should be subject to regular government inspections and audits.

Next, companies should report data breaches as soon as they are detected – to the government, to the public and specifically to anyone who might have had their data stolen. And that doesn’t mean three or four months after it happened.

Next, companies should be forced to make quick and meaningful restitution to all people impacted by the breach. And I don’t mean sending out a check for a few dollars to each person after forcing them to submit a request and then take six to eight months to send it. And it doesn’t mean simply signing them up for a year’s worth of a credit monitoring service. If you give up enough data to ruin a person’s credit for years you should pay them thousands of dollars, it should be paid within a few weeks and you should pay for credit monitoring and identity theft services for five years or more.

Fines should be automatically levied based on the sensitivity and potential damage the data breach might cause individuals. The amounts should be fixed and non-negotiable. For example – leaking someone’s emails might cost a minimum of $500 per customer compromised, email or physical addresses $700 each, account passwords $1,000 each, credit card numbers $5,000 each, bank account information $10,000, Social Security numbers $10,000 each, medical records $20,000 each, any data involving children $30,000 each, etc. Individuals who lost more than those amounts would be entitled to full reimbursement of any monies lost. And 95% of those moneys would be paid directly to the customers with the other 5% going to fund the government agency who investigates these things.

So, in the case of the Premera Blue Cross hack mentioned above, the company would have been required to pay $40,000 per record compromised or $440,000,000! This would insure that if a company handles people’s credit card numbers, medical records or Social Security numbers they would make DAMNED sure to protect that data.

Finally, failure to adhere to any of these items would mean that the CEO, CFO and CIO would automatically face criminal charges with the real possibility of jail time (not just some poor patsy in the IT department) and also risk the potential shutting down of the business.

This last point is the most important because the main reason companies don’t have better cyber security is because the people at the top don’t want to spend the money. If the people at the top knew they would personally face massive fines or even jail time if their company’s systems were hacked then they might be willing to shift some resources into preventing it from ever happening.

Obviously there are a lot of companies out there who still haven’t got the message yet. Cybersecurity is critical in this day and age and unless we do something about it things are just going to get worse. But since companies refuse to address this issue then perhaps we should force them to do the right thing.

Of course legislation like this could never happen in the U.S. since virtually every single political lobby and every major corporation would fight against it tooth and nail.

IRS hacked – we are all in deep, deep trouble