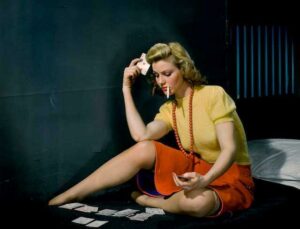 Microsoft shares climbed over 10% today on the announcement that they are bringing back solitaire in Windows 10.

It’s going to be right there! Right smack in the middle of the friggin’ OS! You won’t even have to download one of the bazzilion free versions of solitaire out there and install it yourself. Microsoft is going to do all that for you – and they aren’t even going to charge you a dime!

That’s right folks. Microsoft’s solitaire is going to be absolutely free when you get Windows 10!

I know, that’s pretty spectacular news, but don’t just take my word for it. Wall Street completely agrees with me. Just look at Microsoft’s stock. Last I checked their stock price is up to about $47.75, a jump of roughly 10.18%, and it’s still climbing!

But apparently the Google Technology News algorithms that determine what tech stories to highlight is having a bit of a brain-fart today when it comes to stories about Microsoft’s solitaire announcement.

If you go to Google’s Technology News page here you will find a number of stories in the same bucket reporting on Microsoft’s Q3 earnings report released yesterday.

Microsoft’s earnings report is pretty boring stuff actually but if you really want to read about it InformationWeek has a pretty good analysis here.

Bottom line, Microsoft beat Wall Street’s overall earnings estimates by about $.6 billion on $21.7 billion in revenues for the quarter.

Come on folks. Is that really news? But even if Q3 reports are worth covering, why did Google’s algorithms decide that Microsoft’s Q3 earnings report should fall into the same category as bringing back solitaire?

The algorithms seem perfectly happy to give Apple Watch stories multiple unique categories (there are three separate Apple Watch story categories up there as I write this). Couldn’t they give solitaire stories its own category and earnings report stories another?

You’d almost believe that Microsoft’s stock climbed because of the earnings announcement – not because of solitaire!

Sure, profits are good and all, but hey, not everybody can say they’ve got a free solitaire game built right into the operating system!