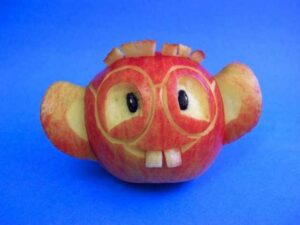 Google, Tesla and Amazon have done some pretty wacky things in recent years and some of their talk about future projects is straight out 1930’s comic books. Even stodgy old IBM, Microsoft and Intel have had their overly-ambitious and somewhat questionable ideas.

Just to review a few of these more unusual ideas and projects – electric cars that don’t look like toys, mysterious barge-buildings, phones with 3D displays, self-driving cars, packages delivered by drones, computerized glasses, computerized pets and toys, quantum computers, a cloud-based artificial intelligence that competed on Jeopardy, crashing spaceships onto floating platforms, smart thermostats, plans for electric chargers on every corner, 3D maps of hiking trails, giving away their patents, Internet service provided by blimps and the list goes on.

Now some of these things may feel like embarrassing and costly failures to the companies who came up with the ideas, but at least they were trying.

Apple on the other hand is also building a new spaceship but this one doesn’t fly (or crash) it’s just their new flying saucer-shaped corporate headquarters, they’ve come out with a tablets, phones, computers, laptops, headphones and shortly some very expensive smart watches, they’ve tried and failed and tried again to break into the smart TV space, they launched a portable digital music player, an online music store and soon a streaming music service.

So what’s the difference?

All of Apple’s investments in the future are to benefit Apple. Google, Tesla, Amazon and the rest are investing in their own futures too but they are also trying to make the world a better place at the same time.

Now some of these ideas are downright silly but at least these companies are trying to do some truly revolutionary things and not all of them are going to bring in profits – or at least not for a long time.

IBM is still trying to monetize Watson, Microsoft ended up shutting down their quantum computing lab last year, and Intel…well Intel just keeps on inventing and trying new things with varying degrees of success. (You have to give Intel credit for the fact that unlike most other companies they really do invent new technologies – they’re just not that good at selling things other than processors.)

People say that even though Apple rarely invents new technology, once they copy someone else’s ideas it legitimizes them and creates revolutionary new industries. Google, Tesla, Intel and Amazon are trying to do revolutionary things right from the beginning. And they’re not waiting to see which ideas will work best, they are just charging ahead and trying to solve some of the world’s problems.

Apple is one of the richest companies on the planet. Perhaps it’s time that they give something back to humanity. Perhaps they could try to do something weird, wacky and revolutionary that won’t bring in profits for many years. Something that might actually end up benefitting mankind, not just their own bottom line.

Joss Whedon Leaves the Marvel Universe For a Bit

Guitar Hero is Officially Back