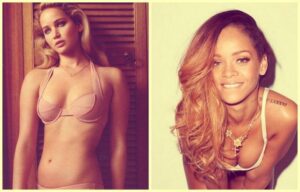 People cannot be trusted with their own security online and that should be the primary takeaway from the hacking of celebrities’ files.

By now you know the story, even though the noise may have drowned out the facts, but hackers, through a combination of Internet scamming, manipulation of weak passwords and known vulnerabilities in Apple’s photo backup service, got into the files of celebrities and posted nude selfies on 4chan.

Poor Jennifer Lawrence, apparently her name is the lead on every article with a “nude selfie” in the headline. Maybe this will kill her future Oscar chances much as Burt Reynolds nude pic did many decades ago. History repeating itself?

More to the point, what this hack really points is that none of us are immune to being hacked because securing ourselves online is hard work. No matter how many assurances you get from cloud service providers and tech gurus the fact remains that you need to put your own bars on the windows, install your own alarm systems, and walk the perimeter of your digital world with a loaded gun.

Does that sound realistic?

No, because we are human and we are not going to get that involved in our own protection. You are on Apple or Google and you think you live in a good neighborhood and your neighbors are nice and what the heck have you got to worry about. I mean, you are paying the local housing association a bucket load of money for peace of mind.

But, that’s not true apparently. You see the dirty little secret of our modern subscription based services is that they really don’t know how to keep you safe. They make it up as they go along because they are building stuff at a scale that is out of control.

Sure, they can do the best for the most amount of users, but they can’t do it for 99.9% of the people and the cost of inconvenience of greater security wouldn’t make it all so nice and user friendly.

In other words, users are being sold on the notion of the convenience of the cloud and the vast amount of storage on offer, almost for free, that the true cost of losing control over that data is not even considered a part of the equation.

Maybe you should think twice about putting naked pictures of yourself anywhere on any device that is not physically in your control. I mean, rah rah for the freedom to go naked and selfie, but really, is it that important?

Ultimately, the best interests of both user and cloud service provider is that we pay a price for security but we live in a time when the big online tech companies are playing a game of chicken with vast reserves of cash and profits: they can give you a lot of stuff for free. The price to them is next to nothing by comparison to what they get: you.

The price to you is immeasurable because it only takes one time and one breech and you can lose an awful lot. Jennifer Lawrence may have lost her next Oscar. Really. Maybe she has. That’s a lot to lose.

As for Rihanna, well, she may get a career boost out of this because she doesn’t mind being naked so much so, what do I know. We live in a weird time when taking pictures of your junk seems to be a form of pick-up line.

Debate: “Will the IBM/Apple partnership lead to a merger between the two companies?”

The rebirth of the subscription model