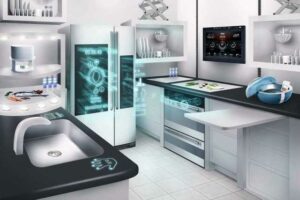 A recent report has suggested that the biggest barrier to the Internet of Things (IoT) is that a large proportion of consumers have never even heard of the term.

According to the report, which questioned 2,000 consumers, 64 percent were also unaware that smart appliances, such as the Nest thermostat, exist, and 40 percent did not know that wearable technology was available.

Other notable hurdles for IoT companies to overcome include that 36 percent of consumers state that there is little value to be had in IoT devices, while cost and privacy concerns are also prominent issues.

Despite this, the industry sector is predicted to experience further growth, with an expected 69 percent adoption rate of IoT devices by 2019. The report also revealed that 30 percent of consumers already own at least one IoT product, with four percent choosing an in-home device.

Wearable devices are expected to grow rapidly in popularity, doubling their consumer adoption levels to 22 percent by 2015. Smart clothing however, including heads-up displays, such as Google Glass, looks as though it will remain a niche concept, for the foreseeable future at least.

The report highlights the discrepancy between technology enthusiasts and the average consumer. Until that divide is narrowed, the adoption of the Internet of Things is likely to remain low.