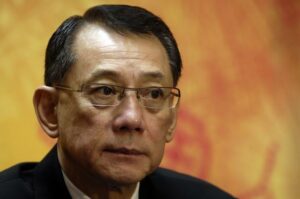 Finally, legal discourse is available to anyone distressed by autocorrect, but not exactly for the reasons you might think.

In Hong Kong, a court has sided with billionaire Albert Yeung’s defamation lawsuit allowing him to sue Google over autocomplete results that suggest he has links to organized crime.

In actuality, our hero billionaire (when did you ever think those two words would go together) has an entertainment empire that makes movies and manages Hong Kong’s premier talent.

This comes on the back of the European Union’s recent ruling that Google and other search engines have to respond to people asking for removal of links that are considered prejudicial or not relevant to personal search results, the so-called right to be forgotten.

In Germany, also last year, a nutritional company won a case against Google to remove autocomplete terms that made it seem like the company was affiliated with Scientology, which is a big no no over there.

Mr. Yeung has yet to go to trial with Google over this matter. He now merely has the right to do so, but it is, for now, a precedent with bigger ramifications for Google, perhaps as important as the right to be forgotten ruling in Europe.

What is interesting about the rulings coming down in Europe and Asia is that Google hasn’t been able to get much in the way of sympathy. It would have been interesting to see how these things would have panned out in the US where the company seems to have an omniscient hold over the market.

Maybe it is just a lot of paper cuts, or holes in the dam. Hard to tell, but it is significant that individuals are getting the benefit of the doubt from the courts and are getting the clout to humanize the impact of Google’s automated search mechanisms.

We may not have to bow down to robot overlords after all.

One in ten Android apps infected by malware