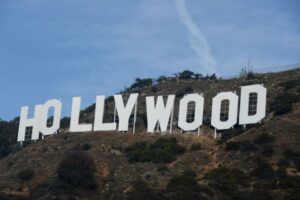 While we have done work for entertainment businesses and companies in the past, this post is not specific to any one situation. It’s more of a trend analysis and, as such, may be a predictor of short term trends, or long term trends, or a waste of time. That’s the beauty of prognostication, it never has to pay off. Ever.

Obviously, I need to explain before everyone thinks I am saying Silicon Valley is a genocidal maniac.

In truth, Hollywood, which is the home of one of the US’s greatest exports and also a wellspring of world culture and influence, thinks it is a place for artists. Artists need to be vested in our humanity, the complexities of our emotions and they way emotions interact in comedy and drama. Emotions, humanity, and the resultant comedy and drama are the essence of the entertainment marketplace.

Silicon Valley is the home of the US’s other greatest export and is a wellspring of world culture and influence. It is a place for engineering our humanity by removing the need to have too many people interacting on an emotional basis. I’d lay the blame firmly at the feet of Bill Gates and the PC revolution which was all about personal productivity.

Jump a couple of decades ahead and the role of human interaction is further reduced as we rely on more and more apps to get things done. We don’t really need travel agents anymore, for example, because we can book our own holidays and pick and choose from a variety of options.

You can’t make people eat less, want less, and have them be content to live in a pod thereby reducing their need for a certain hourly wage for their labors. You can make them poor, but that seems counterproductive in a human sense.

Sure, it gets done a lot more these days – making people poorer – but we also feel the pain of that as a society.

So, that’s what I meant by saying that Silicon Valley wants to remove the humanity from stuff. They just see it as an equation that needs solving. People are inherently inefficient.

Hollywood likes to see people as flawed. It makes for great art. It’s comic. It’s every Adam Sandler movie ever made and he makes a lot of money from flawed people doing emotion driven things with no forethought.

It is very unlikely that we will ever see a machine produce a great work of art because the machine would find it a pointless exercise. It would not compute.

So, one thing is for certain, Hollywood cannot channel its emotions into a significant technology breakthrough but neither can Silicon Valley channel all of its innovation into meaningful art or content.

But, and here’s where I make my prognostication, the more Silicon Valley removes the human element from the distribution of content the less likely Hollywood will be able to maintain its grip on the industry.

Creative people need to create. If it is being driven by apps, Netflix, or Yahoo – they don’t care. Hollywood agents and deal makers may control the creative pipeline today, but they won’t in the future when that control is in the hands of digital companies that only need data and are willing to get it from anywhere.

One of the great things that has happened with Netflix and Hulu, at least for me, is the access they have given me to a lot of foreign movies. Movies outside of the Hollywood system.

I have watched films from Korea, Japan and China. I have had access, through Hulu’s excellent Criterion Collection, to stuff that would never get channeled through existing US media outlets.

Over time, creative folk all over the world, driven by a new generation of talent that is making its own stuff and distributing it through its own channels, like YouTube, will not need middlemen like agents and managers and lawyers to thank at the Oscars. Technology is great at taking away a large swathe of middlemen.

Just like travel agents, the Hollywood agents and middlemen, can be made relatively obsolete. Filters are not required because the ultimate filter in our digital world is you or me. We are perfectly capable of switching streams. Easier than changing channels.

Silicon Valley doesn’t need to care about art. It just needs to feed the audience and find more stuff to put into its pipes. There is a generation of creative talent that is growing up with no need to take a bus and make it in Hollywood. They can work from their own rooms and use their own devices.

They can be anywhere in the world and they can find any audience that makes it work for them.

The book industry has felt the hurt from Silicon Valley.

The magazine and newspaper industry has felt the hurt from Silicon Valley.

The music industry is really feeling it right now.

Television is going to feel it next.

Then, logically, so will movies.

It’s neither a good thing nor a bad thing. It just is.

The only saving grace for Hollywood is that there are a handful of media companies that basically control what we see at the movie theater and on television or listen to on the radio. They own magazines and newspapers, too. They can squeeze Silicon Valley out, but eventually, we will be able to bypass their roadblocks with our wireless devices.

In the meantime, Silicon Valley is starting to buy up Hollywood content and getting comfortable with programming of another sort. Yahoo has gained my personal admiration for bringing Community back. This is just the beginning.