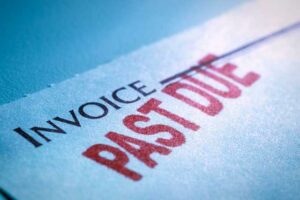 Microsoft has filed a lawsuit against Samsung over some late payments of Android licensing fees.

In a rather tame legal action Microsoft has filed a suit against Samsung alleging that the Korean tech firm was a bit late in paying licensing fees related to a number of Android patents.

According to Microsoft the two companies signed an agreement back in September 2011 and Samsung dutifully made their first payment a year later. But Samsung missed their second payment just about the same time that Microsoft announced that they were acquiring Nokia. Apparently Samsung wanted some extra time to think about how that might affect their relationship with Microsoft.

Samsung did eventually make the second payment but it was two months late and now Microsoft wants Samsung to pay an interest penalty for the delay.

Microsoft’s deputy general counsel David Howard explained the firm’s position in a blog stating, “Microsoft values and respects our partnership with Samsung and expects it to continue. We are simply asking the court to settle our disagreement, and we are confident the contract will be enforced.”

You’ve got to wonder exactly how large these license fees are that Microsoft would even bother to take Samsung to court over interest fees and not for something more substantial like patent infringement. But hey, licenses are big business these days and Microsoft makes somewhere between one and two billion dollars a year in licensing revenue from the hundreds of Android related patents it owns.

Not surprisingly, the legal filings suggest Samsung has threatened Microsoft with a separate set of patent infringement claims relating to its takeover of Nokia.

Hopefully this isn’t the beginning of yet another protracted set of suits and counter suits.

There was one other interesting tidbit in the complaint. Microsoft also alleges that Samsung has asked the Korean business regulatory authorities to intervene to eliminate future licensing fees — something that Microsoft says is clearly outside the regulators’ authority.

Now that’s a scary thought. Can a government step in and with the stroke of a pen simply eliminate licensing fees? That could certainly change the intellectual property landscape.