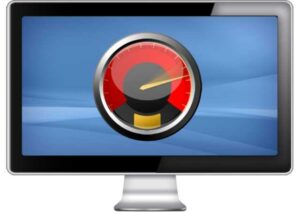 Businesses don’t need to make heavy outlays on new infrastructure with new data showing that companies have up to 60 percent more performance locked up in existing systems.

A benchmarking study carried out by bare metal cloud infrastructure as a service [IaaS] firm Bigstep found that subtle changes to CPUs, an OS, and memory can help improve performance in a variety of different ways.

“Many users are not seeing the performance they could and, with just a few tweaks, any server could perform by up to 60 percent better, avoiding costly upgrades or migrations,” stated Bigstep commercial director Ioana Hreninciuc.

Bigstep’s benchmarking tests marked out four distinct areas that are can provide a significant uplift in performance at no extra cost.

First off it worked out that deactivating one or two CPUs could improve database performance by up to 15 percent. This happens as the two processors end up using each others memory thus taking a longer period of time than CPUs that access only their own.

OS choice is another factor that can improve application performance by as much as 20 percent and Linpack benchmarks showed that choosing CentOS 6.4 over Ubuntu 12 LTS can produce 16-20 percent more performance.

An uplift of over 20 percent can also be achieved by improving memory frequency and benchmarks showed that replacing 1,333Mhz DIMMs with 1,866MHz DIMMs from the same provider increased overall computing performance by 20 percent. The physical location of the memory inside a machine is also a big factor and incorrect placement could cause performance to drop by as much as 50 percent.

“Just by changing the distribution of memory across their machines, users could achieve a significant increase in frequency and performance,” stated Bigstep’s release.

There is also a warning that hyper-threading can decrease performance by five to 10 percent in CPU-intensive applications and by deactivating it, the company found that performance improved.

“Additional performance is always valuable and applying these tips based on our benchmarking could help any IT director obtain up to 60 percent more performance from their existing infrastructure,” Hreninciuc concluded.

Only 3% of engineering workforce is female