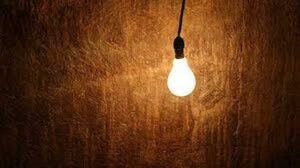 Countries around the world have been cracking down on U.S. based tech companies for a variety of reasons, but what would happen if U.S. companies began to fight back?

It seems like there have been dozens of stories recently about U.S. companies facing sanctions, criticisms, lawsuits, legislation and threats of losing contracts in countries around the world.

Microsoft faced (and lost) a famous antitrust lawsuit in Europe a few years ago. Today it was announced that the EU is thinking about taking Google to court on similar charges, this time based on the supposition that Google made deals with smartphone manufacturers to bundle Google’s Android apps on their phones, locking out competitor’s apps. We’ve all heard about the EU’s other fight with Google over the ‘right to be forgotten’ mess that some officials claim was all Google’s doing in the first place.

Russia just announced that they want to see all the source code for iOS devices before they can be approved for sale in that country. China has blasted Microsoft and Apple for supposed security issues. Germany banned one U.S. based phone manufacturer based on similar supposed security issues. And more than one European country is in the process of drafting legislation requiring any U.S. company that gathers customer information store that information in local data banks.

Some of these issues have arisen due to the leaks about the NSA’s wholesale snooping around the world and many countries have become leery of any U.S. tech firm. In some cases they are probably right.

But in other cases it seems to be more about money and power (where have we heard that before?) If a country can force U.S. tech firms out and replace them with local alternatives then that country stands to make money. If one court or another finds a U.S. firm guilty of antitrust or other violations then they can collect substantial fines. And for years now every government on the planet has been trying to figure out how to grab some of those monumental profits generated by the Internet.

I also think some of these attacks on U.S. firms are because foreign powers have seen companies like Microsoft, Google and Apple quietly acquiesce to demands and they perceive this as a sign of weakness. Now, with a few strokes of the pen they can force U.S. companies to jump through hoops and they are taking advantage of that.

My question, however is what would happen if Google, Microsoft, Apple and others one day said to an EU court “You know what? If you don’t like the way we do business here, then we’ll just stop doing business here. Starting tomorrow we will be shutting down Google search and Bing across all Europe and Great Brittan and all Google products will no longer work except in the U.S.. And we also respectfully ask everyone in the EU to uninstall Windows and any MS Office products (since they are after all simply licensed versions). And we will no longer sell you any computers, laptops, tablets, phones or devices with an Intel, Qualcomm or Texas Instruments processor inside. Cloud services from U.S. based companies will no longer be available to EU countries. Oh, and by the way, we want you to remove Android and iOS from all your smartphones too. Go ahead and invent your own operating systems, software, processors, cloud infrastructure and search engines. It should only take you twenty or thirty years – assuming you don’t slip into another dark ages.”

If U.S. tech companies really wanted to they could essentially shut down the world. Turn out the lights, the party is over.

2015: the year your Hilton room key is your mobile