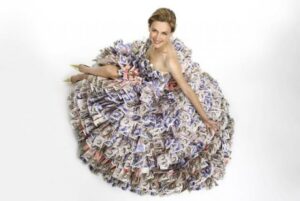 I asked myself a question because I trust my own judgement and I didn’t want anyone to give an answer that I didn’t like.

After so many years of economic gloom, it’s nice to have some good news. On Thursday, such tidings came in the form of a surge in the valuation of Facebook, which climbed to more than $192bn in the wake of good first-quarter earnings.

So I am right in thinking that maybe its good to be skeptical.

But, almost all of the analysis of a company like Facebook is done on the merits of financial statements, quarterly results, and forward looking profit and growth opportunities.

On that basis, Facebook’s valuation is irrational or just plum crazy.

On the other hand, we can choose to ignore the financial health of Facebook, much as we choose to buy our kids Lego while ignoring the dent it is making in plans for their college funds. It’s only money.

We can focus on something that concerns me more than anything else, the cost and means of customer acquisition in an increasing mobile and virtual world.

If you believe, as I do, that customer acquisition is a very tough proposition and one that is getting more expensive every day, you can see Facebook’s 1.3 billion users as being about $140-150 per acquired user.

My argument is, Facebook has acquired 1.3 billion convertible leads that, were they just to be acquired by one company, let’s say Coca Cola, would cost $140-150.

That’s neither expensive nor cheap. Sure, you could say very expensive if that one lead converts into one Coke bought but, if it is a lifetime buyer of Coca Cola sodas and drinks – which include Powerade, SmartWater, and Minute Maid juices – it’s starting to look like a great deal.

So, Facebook has acquired 1.3 billion leads that will consume billions of dollars of goods every month and it can parse out each of these leads and manage them in such a way that the cost of customer acquisition for it is increasingly lower and the cost of access to each acquisition to its advertisers and partners is exponentially higher over time.

Now, if I was to argue with myself vehemently, I would say, “Rahmat, you idiot, how is that different to what NBC or ABC does on television and why are they seeing multiples in the hundreds? They acquire a lot of users with their cost being the cost of programming and then sell it on to advertisers etc. etc.”

True, but this isn’t TV, radio, or even online advertising. They don’t acquire customers, they get them to walk by. They don’t get them hanging around on their every word. They have to cajole them and entice them, and in the case of some shows, beg them to come and watch or listen.

Facebook’s user is a lead, kept in a gilded cage, who can be hit on repeatedly until he, or she, or it, does what it is expected. It doesn’t matter to Facebook when or what that expectation is. It doesn’t matter to a television broadcaster either, but Facebook really has so little to do to keep that lead active that it knows someone is going to make it pay at some point.

At $192 billion dollars for 1.3 billion untapped leads trapped in a virtual corral Facebook looks like it’s worth it.

And, if, only if, Facebook can manage to maintain a rigid hold over its audience by becoming a gateway to a significant percentage of mobile interactions per user then, it gets very difficult to see how someone can acquire or steal those leads away without having to spend greater than $140-150 per lead to move them over.

Until the next big thing comes along and we all move on. That could happen, too.

Nevertheless, until that time comes acquiring leads from Facebook is going to cost a lot more than their value today. For now, and for the foreseeable future, Facebook is Alec Baldwin in Glengarry Glen Ross. Second prize to Facebook is a set of steak knives. And if you really want to be in the business of customer acquisition and compete with them, ABC, always be closing.

It’s just going to cost you a lot more than you might be willing to pay.