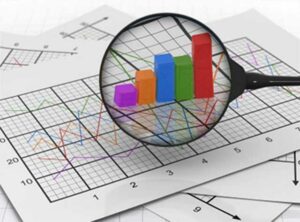 Against a backdrop of declining global revenues, the recent release of the Business Software Alliance (BSA) Global Software Survey findings provides some interesting reading. It estimates that $62.7 billion worth of commercial software was being used illegally around the world in 2013.

Compare this with Gartner’s estimate that total spend on enterprise software is estimated to be around $320 billion in 2014. It means software publishers are potentially missing out on a massive 19.5 percent of potential revenues and it would be fair to assume that they aren’t going to let this continue.

Faced with the potential to increase revenues by nearly 20 percent, we can expect already pretty aggressive vendors to invest ever-greater resources into their software audit and compliance campaigns.

The BSA figures represent global usage levels and closer examination of the data highlights that the problem of illegal software use is greatest within emerging economies. For example, the Asia Pacific region is highlighted in the report as one of the major areas for the use of unlicensed software, with 61 percent of software in use not accurately licensed. Audit activities in this region are likely to be increasing significantly in the coming year to combat this effect.

But compare this with rates of ‘piracy’ of 19 percent and 29 percent in North America and Europe respectively. At first glance these figures seem much lower, but once market sizes are taken into consideration their real magnitude becomes apparent. According to BSA estimates, these two regions account for $23.7 billion, that’s nearly 40 percent of the total shortfall in software revenues.

In North America and Europe, not only is your target audience likely to be more educated about compliance, but an established legal basis exists under which a vendor’s right to audit can be executed.

The answer is therefore pretty obvious. The BSA figures should serve as a clear call to action for businesses and public sector organisations across North America and Western Europe to expect an increase in both the volume and frequency of software publisher audits in the coming 12 months. Gartner currently says organisations have about a 65 percent chance of being audited by at least one software vendor each year.

By next year this figure will not only break through 70 percent mark, but the chance of being audited by more than one vendor will increase by an even higher factor. And our customer’s existing experiences of vendor audits would further corroborate this view.

The rest of the world shouldn’t think they can simply relax away from the spotlight. Although many software publishers have not yet launched full audit programs in Asia Pacific, Eastern Europe or Latin America, they are coming. We know this because we are working with a number of software publishers on just these projects!

Gartner’s message to software users is very clear. Be proactive about managing your software assets if you want to minimise the cost and disruption caused by what can only be described as inevitable audits.

It is far better to be in control when it comes to uncovering inevitable ugly truths about software non-compliance well away from the scrutinising software vendor. In addition to establishing a correct licensing position, this also provides an opportunity to drive down software costs by identifying ways to eliminate wastage through spend on surplus licenses. Ultimately, the focus should be on creating a transparent and cost-effective way to manage software licenses that is fair to both consumers and providers of software.

Jelle Wijndelts is a SAM consultant at Snow Software