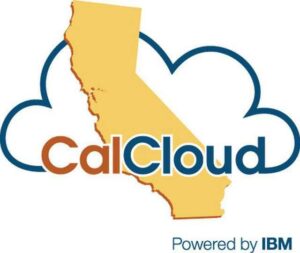 CalCloud will be the first statewide shared service hosted in the cloud. The platform, now available to municipalities and all state and local government agencies on a subscription basis, is the first of its kind to be implemented at the state level.

According to Marybel Batjer, Secretary of the Government Operations Agency, “CalCloud is an important step towards providing faster and more cost effective IT services to California state departments and ultimately to the citizens of California.”

In a joint press release posted on the IBM site it was revealed that more than 20 state departments have already requested IT services through CalCloud. The release went on to say:

California’s move to offer shared IT services through CalCloud gives state and local government the ability to buy only the computing resources needed with the flexibility to quickly scale up or scale down resources as workloads demand. CalCloud is designed to allow around the clock access to a shared pool of easily configurable resources including compute, storage, network and disaster recovery services. CalCloud meets stringent security standards based on National Institute of Standards (NIST) for cloud based services and FedRAMP.

In addition to IBM, CalCloud partners include AT&T, which will provide network services for the core and edge networks, and IT consulting firms Alexan International, and KPMG to drive CalCloud’s adoption rate and migration to the new service.

Depending on how this plan is implemented it could ultimately save the state of California a lot of money. If things go smoothly it might also help speed up some services (like the DMV). Who knows, maybe they will start developing apps that can tap into these cloud services someday (Bop the Representative perhaps?)

We’ve heard lots of cloud experts like Jeff Barr, Chief Evangelist for the Amazon Web Services, and Massoud Marzban, VP of Business Development‏ at Burnside Digital say that cloud computing is no longer just a buzz word but an essential part of doing business. But we’ve also heard other experts warn that poor implementation can lead to dissatisfaction if not disaster. As Christian Verstraete, Chief Technologist for Cloud Solutions at HP warns, “All too often, companies migrate apps without using cloud-native features essential to achieving the expected performance.”