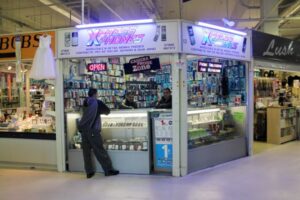 Many Google fans and developers are still excited in the wake of an eventful Google I/O 2014. From a transcendent show-opener where a metaphor-heavy Rube Goldberg device crossed through the physical and digital space to more discussion on the expansion of wearable technology, there was something for everyone at this developer conference.

The US tech giant’s big hitter of this year was an emphasis on improving the integration of Android apps more seamlessly into a users’ everyday lives. Conference attendants were also granted an unprecedented look at the figures behind Android users’ buying habits in the Play Store.

It was announced that a major milestone for Android had been hit this year: 1 billion monthly active users (MAUs). In contrast, Apple announced at WWDC that it had sold over 800 million iOS devices so far, though didn’t reveal how many Apple Store MAUs there are.

In the US, it is the iPhone that has an average 60 per cent majority over Google Android and Windows Phone. However, MAUs that access Facebook through Google Android dominate markets outside of the US. This is particularly so in emerging markets leading a large majority share against iPhone and BlackBerry. But why?

Currently, the average cost of an iPhone is $600 whereas for an Android phone, that average price tag shrinks down to about $250-300. For an outright buy as opposed to a contract option, an Android phone is more cost-appealing. With that in mind, whether cost is or is not an issue for consumers, it does reflect their buying choices in purchasing a free ad-supported or a paid app.

Developers can also create apps that are available cross-platform on Android and iPhone. Though iPhone apps are solely for use on iPhone, a notable example of a cross-platform app is Google Maps, an initially Android-only app that is the more popular choice for iOS users over Apple Maps. Although Apple pays twice as much as Google to its developers ($10bn against $5bn respectively) it would seem that does not reflect users’ spending on apps.

Cheap Android phones are easier to purchase than cheap iPhones in emerging countries and non-US countries. However, software prices – especially through the App Store and Google Play – are almost uniformly the same around the globe without taking into account the spending power of each nation. For the emerging nations, software and service prices of the App Store are expensive relative to the cost of a phone in those countries.

Though these factors may not be the contributors to such a significant disparity in Android and iPhone users’ spending, they do give facts and figures of the possible influences. Nevertheless, to discuss worldwide market share of apps is a complex task, especially as not all consumers have the spending power to buy phones boxfresh.

Google I/O 2014 kicks off with hecklers and killer robots