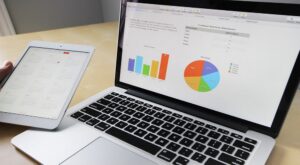 When it comes to finances, millennials are the oddball of the group. On one end, the data supports that they’re one of the savviest of any generation, but on the flip side, they can make some bonehead mistakes as well. However, as this group is about to enter a time in their lives where financial stability and security is critical, it’s time to start thinking about some things to improve their standing.

While you may know a few of the tidbits below, some of them might surprise you as good cheat codes to learn. Overall, following these steps won’t give you immediate success, but will definitely put you on the right path. Check them out below:

Keep Up With Your Credit Score

Your credit score is going to be the lifeblood of any financial decision you make moving forward. As Lexington Law, a credit repair firm notes, not managing your credit can be dangerous and expensive. With a low score, you’re subject to subprime interest rates, which could cost you tremendously in the long run. Plus, your credit report is going to be a cursor to if you’ve been a victim of identity theft, as well as can let you know if you have any outstanding debts you may not have known about.

Perhaps one of the biggest tools you can have in terms of preparing for a rainy day or big purchase, a savings account is a necessity in planning for your financial future. According to GOBankingRates, approximately 69% of Americans have less than $1,000 set away for savings. And considering those funds could be drained pretty quickly via a health bill or losing your job, it’s imperative you pick a percentage of your income (most choose 20%) to save and stick with it.

Study Up On Financial Literacy

Despite being one of the most well-educated generations to date, millennials still lack financial literacy. According to a survey conducted by the National Endowment for Financial Literacy, while 69% of millennials surveyed gave themselves high remarks on their knowledge, only 8% had had a high level of intelligence on the matter, with 24% meeting the basic requirements. There’s no shame in reaching out for help on learning about finances, as doing so could save you thousands.

Technology Is Your Friend

As millennials are the most in tune with tech over any other generation, it makes sense that they utilize digital tools to keep track of their finances. In fact, according to a survey conducted by Adobe, millennials use finance apps 30% more frequently than any other category, including social media and retail. Whether it be checking your bank statement, sending money to a friend, or even micro-investments, financial applications are something you should consider using more often.

Believe it or not, you can actually apply your rent to your credit score. According to NerdWallet, every credit reporting bureau accepts rent, but less than 1% actually submit it to their report. This is perhaps one of the most underutilized credit tools available, but one that can bolster your rating tremendously.

It’s Okay To Hold Off On Major Financial Decisions

It’s a common myth that millennials aren’t buying houses. As noted by Ellie May, millennials made up 45% of homes purchased in the past year, meaning a lot of young folks are ready for the big commitment. However, this is a huge investment and one you should not take lightly. Do your research and save enough for a solid down payment before you commit to things like this.

Invest For The Long-Term

Despite the lack of financial literacy mentioned above, if there’s one thing millennials are doing right, it’s investing early. According to a study conducted by the Investment Company Institute, the median household age for investing in a mutual fund was 23, the youngest it’s ever been. And if you’re looking to stash some money away and let it grow long-term, you should think about doing the same as well.

If there was one Achilles’ heel I could spot financially for millennials, it’s their desire to go out to eat. Bankrate reports that on average, 54% of millennials go out to eat at least three times or more. When you break it down, that’s roughly $30-40/week, or $120-$160 per month, enough to save a tremendous amount on.

Shop Around Before Inquiring on Major Purchases

As we stated above, it’s important to take your time when making major purchases. However, when you know that moments are coming, make sure you study up on whatever it is you’re buying before inquiring around. As FICO notes, any time you inquire about a major purchase (I.E.: Car, house, in some cases a phone), it can negatively affect your credit score via hard and soft inquiries.

It’s no secret a lot of people get screwed out of money they believe they owe, but don’t be one of them. Be wary of the organization’s buying your debt, as they’ve started to run rampant (in fact, a study in New York estimated 47% of litigation suits belonged to debt buyers). However, there’s a bright side: as it’s been recently reported a lot of judges have been striking down cases in favor of the debtor due to lost paperwork or proof of ownership. In short, if you find yourself in a situation like this, lawyer up and do your research. Who knows? Doing so might save you thousands.

Five Simple Ways to Make Yourself Popular on Social Media