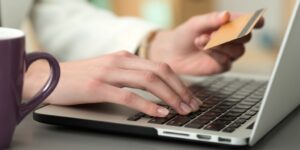 The unemployment rate is at a historic low. While that’s great news for workers and the economy, it’s made things tougher for companies looking to find new talent. CNN reports that the tight labor market has become a goldmine for digital recruiting companies, whose revenues have grown an average of 14.6% annually for the past five years. Accompanying this shift in labor dynamics is the rise of the freelance economy. An NPR/Marist poll recently found that one in five jobs are contract positions.

Freelancing is the new norm. The Freelancers Union’s annual report recently estimated that the majority of workers would be freelancers by 2027; this lifestyle comes with many unique challenges–freelancers must cope with fluctuating income levels, finding their own health insurance and other benefits, as well as retirement savings plans. A McKinsey study of independent workers concluded that while the vast majority–roughly 70%–are in the freelance world by choice, a substantial minority freelance due to financial necessity. In short, every penny counts when you’re a freelancer.

That goes a long way towards explaining the uproar over popular freelance job board Upwork’s 2016 fee change. Before the change, Upwork took 10% in fees from freelancers. Afterward, the fee became a sliding scale based on the length of a client/freelancer relationship which meant that many freelancers had to pay 20% of their income to Upwork. Freelancers interviewed by Forbes claimed that the structure was particularly punitive for ghostwriters and other professions where repeat customers are unusual. While the switch was meant to encourage high-quality freelancers who attract repeat business to stick around, in practice, it may be driving workers off the platform. And the bargain-freelance site Fiverr has struggled with similar quality and cost issues.

So why do freelance boards charge such high fees? In short, because they can. Information about potential clients is a valuable commodity for freelancers, who must continually negotiate new relationships to survive. For many freelancers–especially newcomers or members of an industry with little client repetition–job boards are the only way to find clients and bolster their reputations.

In the freelancer/client relationship, freelancers generally shoulder the financial burdens of onboarding new connections. However, when companies are looking for traditional part-time or full-time employees, they’re usually paying for a significant portion of the search process–and it can get expensive.

Job posting service Proven recently analyzed a few of their competitors’ fee structures. Some job boards charge lump sums for posts that are a specific length. Craigslist will cost $25-$75 in major metropolitan areas, Monster charges $375 for a single post, and CareerBuilder charges $419. Other job boards such as Indeed charge companies for each click on their post. LinkedIn sells resume access to recruiters, while Jobster charges companies for each completed application.

In theory, job board posts aren’t inherently extravagant purchases. $300 for a quality long-term hire is a great bargain for most companies. But in practice, companies might have to make many posts and reposts on several different job boards to accrue enough quality candidate applications before they can hire; this is partially due to the global talent shortage. In a tight labor market, job posts must compete with each other to pull in quality applicants, one $25 Craigslist post is only going to reach a very limited talent pool. Because most job boards are free to use for applicants and take no steps to verify their identity or credentials, posting on general job boards is likely to attract a torrent of unqualified or even falsified applications. 75% of human resources managers have caught a candidate lying on their resume. Time-wasting resumes and difficulty reaching qualified candidates means that job board costs for hiring companies can add up quickly.

Just because there are several hiring services out there doesn’t mean they’re all created equal. Fed-up by high fees, hiring managers, freelancers, and job seekers are turning to job board alternatives. Some turn to networking, a strategy that may fill as many as 85% of all job postings–but networking can also replicate biases and limit talent pool potential by restricting job opportunities to those who are “in-the-know.” Recruitment agencies, who were invaluable for job seekers and companies in the pre-internet age, must now add substantial value to the job hunt process to stay relevant.

A crop of new recruiting technologies is seeking to optimize the hiring process. While many of these services aren’t free, they do strive to add significantly more value than traditional fee-based job boards–which means both job seekers and employers get far more bang for their buck. For example, recruiting startup BHIRED uses a blockchain to create nearly fraud-proof, biometrically verified profiles. Blockchain tokenization and a reputation scoring system incentivize productive behavior on their platform, which means job hunters, companies, and recruiters can spend less time on fruitless resumes and postings and more time on making successful hires.

As new hiring and recruiting companies emerge, the competition between them could get as fierce as the competition among companies to acquire limited talent. But luckily, exorbitant fees will soon be a thing of the past, because next-generation hiring companies are using technological innovation to offer real value.

What Are The Best And Most Cost Effective Places To Buy Car Parts?