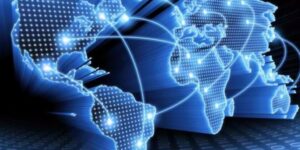 A lot of VPN users are not entirely sure which VPN is the best out there. There are numerous reviews online, but that is not enough to make an informed decision about a particular VPN provider.

Since no service is perfect, some services may excel at certain aspects than others. But there are a few that outdo their competition in more than one category. To celebrate such VPN providers, and those that have managed to do the unthinkable in terms of internet security and anonymity, BestVPN Awards has made a comeback this year.

Ivacy VPN has come a long way since its inception. It has fought hard and long against cyber threats, all the while making internet users aware of the restrictions that prevent them from exploring the internet as was originally intended. As it is, Ivacy VPN was declared the fastest VPN by BestVPN.com.

To further commemorate Ivacy’s efforts, and also its progress in the VPN industry, Best VPN Awards has nominated Ivacy VPN in multiple categories, which are:

What are the Best VPN Awards all about?

BestVPN.com is all about informing internet users about the best VPNs available. To make this possible, they compare different VPNs’ prices and features, all the while identifying flaws that need to be brought to everyone’s attention.

A distinguished panel of experts, all with significant knowledge and experience of the cybersecurity industry, decided the award nominations. Their decisions were further supported by experiments, comparisons and test results from Best VPN Awards’ research and editorial teams.

Why are VPNs Important these Days?

The internet is nowhere near what it was envisioned to be, as it is under threat from cybercriminals, hackers, and third parties. Nowhere is safe, especially public Wi-Fi networks, which are breeding grounds for cyber threats.

If that is not enough, as mentioned earlier, the internet has geo-restrictions, meaning users can’t get any and all information online. This is where VPNs come in the picture, as VPNs not only protect and anonymize internet users but also allow them to access any and all content online regardless of where they are located.

It may not seem like a big deal, but VPNs are a necessity rather than a luxury these days. The good news is VPNs can be used for much more than just security and online freedom. Ivacy VPN, for instance, gives users the ability to connect to private networks via dedicated IP. It can also be used to do the same for home networks.

Another use case of VPNs is that users can prevent their private and confidential information from falling in the wrong hands. This is essential if you carry out online transactions every now and then. Moreover, it will serve as a barrier from any and all threats online, especially if you are traveling. No matter what network you connect to, you will be secure from prying eyes.

Last but not the least, internet users that want their fix of movies, TV shows, and music will find Ivacy VPN to be incredibly useful. The reason being Ivacy VPN prevent ISP throttling, ensuring users get the best possible download and upload speeds. If that is not enough, it is great for torrenting too, although Ivacy VPN does not endorse piracy.

All in all, Ivacy VPN serves individuals and businesses alike in more than one way. It a one-size-fits-all solution for those that need much more than security and anonymity online. With the number of features it manages to offer, internet users will get value for their money. Seeing how the VPN provider is constantly churning out updates and innovative new features, it justifies its presence as one of the top-tier VPNs.

It is safe to say Ivacy VPN’s nominations are warranted, considering what the VPN service has managed to bring to the table over the year. What is interesting is that Ivacy VPN introduced the much-loved feature, Split Tunneling, and it does not seem to be stopping anytime soon with its offerings.

4 Cryptocurrency Trading and Investment Pitfalls to Avoid in 2019

Reshaping the Creative Landscape: The Impact of Digital