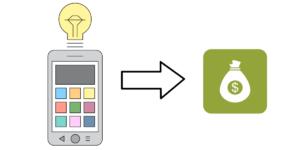 Sharing a piece of ourselves, something we create is how we as humans seek to fulfill our basic needs to be heard, understood, and have a purpose. Is it no wonder, then, that digital platforms for sharing content have exploded in popularity.

Content sharing platforms have capitalized on this phenomenon and become behemoths in their own right. They provide the avenue and means for sharing while maintaining control of the content you share, and all while taking the lion’s share of the reward. Artists and creatives provide the value but surrender control and profit for the privilege of sharing their work with the world.

Such patterns seem a bit convoluted? If you have created any content of value to people, shouldn’t you also receive the major share of the benefits while retaining control of your content? Let’s not lose sight of the fact that without our creative material, be it images, text, video, or music, the platform itself is a lot like an empty basement.

The problem is that YouTube, Facebook, Instagram, and other mega-sharing platforms were the first to capitalize on the need for an idiot proof stage where content can be instantly shared and displayed to the world. So since they created the system they can also now write the rules and reap the rewards.

Thanks to free enterprise, a progressive leading visionary can always come along and rewrite the rules by creating a more principled platform. One that does not aim to exploit our talent, but rather helps lift millions of valuable content up to the surface of public attention. Here is where Bernhard Fritsch(AKA) Mr.B) came up with a solution, the man who in the 90s had created the very first online music store that provided musicians with the security of tracking their loyalty,

Imagine a company that provides a new avenue for sharing and monetization for artists that allows them to keep more profits, enjoy more freedom, retain more control, and get started quickly.

Bernhard Fritsch invented, developed and deployed a live video channel distribution system that could be used in his online content distribution networks. The system designed by Mr.B was called StarChat within the StarInteractive Network, which allowed controlling the main theme of the video channel, yet allowing the presentation of additional video streams. This multicasting in a controlled environment and maintained the integrity of the channel by reducing bandwidth (combining video streams at the server site). Think Youtube, but a bit more interactive and with a bunch of more advanced features, but perhaps more importantly, immensely more ethical and fair toward the content creators.

The Star Interactive website stated that they are “changing the game between Artists and their global Audiences. Our vision is to set the creators free. Free from record labels, studios, and television networks. Free to control their relationship with their fans. Free to monetize their fame and interact with their audience one-to-one, or one-to-billions. Our goal is to help the creator to give his or her audience what it wants, around the clock and around the world.”

This system provides control and editing features that placed an entertainer in control of the content of the discussion. In addition, the system provided the ability to display various audio, video clips (on command or automatically) so that most advertising revenue could be attributed to the artists.

Fans could attend a live streaming event where they could shop, have the opportunity to chat with the entertainer through video or text, share events to all of their friends at other social networks and more, all without ever leaving the event. and the system integrated advertising throughout the multiple layers of the platform which means that all pages included banner ads and all videos and music content contain pre-roll, post-roll and mid-roll overlay ads with prime placement and high traffic.

Influencers and artists could do anything from status updates from third-party social networks to viral videos from Youtube. even allowing for pulling data from Facebook’s database, at command. Which were also monetized through advertisement displays so that revenue is earned on all content residing on the network platform, and not merely the advertising that appeared on the entertainer’s own channel.

That is the type of vision that we need for artists around the globe today. No more giant profit motivated corporations which maintain a monopoly on entertainers content and artwork. We need to expand systems of Star Interactive Network nature which would help pay artist some long overdue respect and love in our societies.

5 Digital Marketing Trends You Can No Longer Ignore In 2019