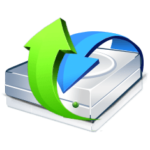 Over the 15 years, there has been a very stiff competition among the various data recovery software available in the market. Unfortunately, there are many developers that have not been able to meet the standards that would fully satisfy the customer needs. R-STUDIO is one software that has continued to develop features that are in line with the customer’s needs. With each of the R-STUDIO’s development, it has followed lots of laboratory testing how solid these features will help their target market. The main reason for doing this is to ensure that the release the best product in the market.

The following are some of the features that have enabled R-STUDIO to stand out among its competitors.

First, R-STUDIO has direct access to the system disk even when Apple’s System Integration Protection is enabled.

The rising benefits of manufacturing in Thailand vs China