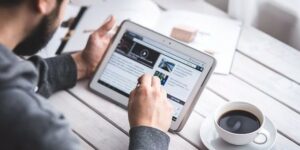 A week doesn’t go by without Google making more changes to its search algorithm. At the same time, the broader technological landscape is in a state of constant evolution, and people are interacting with technology in new ways and via different platforms.

Against this constantly spinning backdrop, it should be no surprise that search engine optimization and digital marketing businesses like Freelance SEO Essex are constantly having to reassess the world around them. While the fundamental concepts behind SEO remain the same, the way in which they are implemented can change dramatically from one year to the next. Here are seven areas of SEO that will be hugely significant in 2019.

In 2018, Google finally rolled out its mobile-first index. In short, this means that the mobile experience a site delivers is the primary ranking factor that Google takes into account. It might seem as if the SEO world has been talking about mobile-first for years, but there is simply no other consideration that is more important.

Voice is here to stay

There were those who thought Alexa would be the Christmas 2016 gimmick that everyone would forget all about it by Easter 2017. How wrong they were. Voice search has not replaced mobile and is never likely to, but it has become an everyday part of mobile search. Voice search SEO demands different disciplines for the simple reason that when we say something, we use different phrasing to when we type it.

The growing role of video

People are not just being turned off the idea of typing. They are less than keen on reading. We all know that someone is more likely to watch the movie than read the book, so the popularity of video content should come as little surprise. Getting videos to rank on platforms like YouTube is one thing, but they can also be a powerful SEO tool if they are properly keyword optimized.

The more things change, the more they stay the same. The fundamental role of your website is to answer the question or solve the problem that users type (or speak) into a search engine. The only way to achieve that is with relevant, insightful content that does it better than anyone else. Without great content, all your other SEO efforts will go to waste.

Most businesses spent the first half of 2018 panicking about the GDPR. Ensuring sites remain compliant and treat user data appropriately is vital. Failure to do so won’t just mean exposure to legal problems, it will also result in visitor numbers plummeting.

Artificial intelligence is being used across a range of industries. It is still in its infancy, and its potential is truly awesome. Google is likely to make increasing use of AI as it seeks to make its algorithm even smarter. The most likely consequence is that anyone tempted by black hat SEO techniques will have nowhere to hide.

The year of blockchain

Blockchain is steadily becoming more influential, as developers find new applications for it that go far beyond cryptocurrency. 2019 might well be the year that SEO applications for blockchain begin to become apparent, for example in validating backlinks.

What Are The Best Natural Remedies That Help Relieve Your Joint Pain?

The Pitfalls of Starting Tech Startup