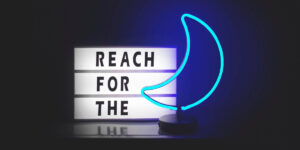 Not everybody responds to our content, marketing efforts (and even our products and service promotions) the same way. In marketing and advertising, pleasing everybody is a fruitless task. The same applies to boards. Select who you want to go after, then design your board to attract them – while excluding everyone else.

The most effective signage boards are constantly updating on a monthly (even weekly) basis. While this requires more work on your part, refusing to refresh your content is the quickest way to bore your repeat customers and visitors. Digital Signage companies keep their customers engaged. Luckily, updating your content is as easy as changing the color scheme, adding motion, or changing the layout of a familiar message.

Contrast temporarily confuses the eye, making it more interesting. Designers around the world love using contrast to make their rooms pop. In the case of sign boards, contrast also makes for easier reading (at any distance). The simplest—and most time-effective—contrast in the world of advertising, which has been constantly tested time and again, is white text on a dark background.

We used to have the same attention span as a goldfish. These days, I argue that goldfish have longer attention spans than we do. While we can sing the praise of digital technology all day, there’s no denying that it’s made us intellectually dimmer and shrunken our ability to focus for too long. Like it or not, these means crafting short, catchy content that “punches” your target audience in the face.

Graphic designers have fallen in love with the “rule of thirds” for decades, for good reason. The rule of thirds, when used right, makes compositions appear visually stunning. Mentally divide your canvas into three horizontal lines and three vertical lines. This gives you a sort of “roadmap” you can use that will help you create focal points for your canvas.

Digital signage boards, when cluttered with too much information, are messy – and are easy as pie to ignore. That’s why I’ve advised you to think minimalism. The art of creating a powerful impact using the least number of tools possible. The best way to do this is to define the goals. Defining your goals early will help you stay on track when you’re designing your board.

Think Times Square in New York City. Or Tim Hortons across Canada. Today people pay more attention to most things digital – instead of traditional, static (and boring) signs. Yes, boring. Now you know some of the basic design principles for making the most out of your digital board.

How To Get the Most from Ultra Short Throw Projectors?