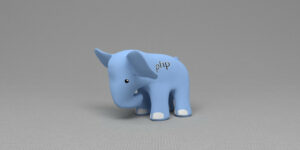 PHP is one of the web’s most popular frameworks, powering everything from Facebook and Pinterest to Wikipedia. It’s also the framework that’s used to power WordPress, which itself powers 20-30% of the web.

In fact, W3techs.com study found that 80% of the web is powered by PHP, and despite it turning 25 years old this year, it’s still as relevant as ever. You could even argue that PHP is the default, but that still leaves you with another decision to make: that of which PHP framework to use.

When it comes to the best PHP framework for website development, there are seven main frameworks to consider. Let’s take a look at them.

Created by Taylor Otwell, Laravel is a completely free, open source PHP framework that’s designed for “artisan” web developers. Based on Symfony, it’s specifically designed for rapid response times and is supported by an extensive ecosystem of third party integrations and applications. That’s why it’s one of our favourites when it comes to website design and development.

This powerful PHP framework has a small footprint, which makes it ideal for people who are trying to build a dynamic, responsive website or application while keeping resource usage to a minimum. It also requires little-to-no configuration and is designed with security front of mind. It’s also known for its thorough documentation, which makes it easier for developers to pick it up and to learn to use it.

Symfony is based around a set of reusable PHP libraries that allow developers to mix and match the different components to create a versatile web application. Released and distributed for free, Symfony powers many of the web’s best-known PHP applications, including Drupal, phpBB and eZ Publish. On top of that, it’s supported by a community of over half a million developers from 120 countries, so you’re sure to find help if and when you need it.

Owned by parent company Zend Technologies Ltd., this is a for-profit alternative to the non-profit organisations that have already made our list. Serving over 40,000 clients, Zend works with companies of all shapes and sizes, focusing on simplicity, reusability and performance. Their recent v3.0 release runs up to four times faster than the previous version and features an open architecture that follows PHP-FIG standards.

This open source PHP framework uses the model-view-controller approach and follows similar concepts to Ruby On Rails. It aims to make development easier and quicker, with as little code as possible. It’s a great choice for developers who want to streamline their website or application as much as possible. It’s a piece of cake!

Yii stands for “yes it is” and means “simple and evolutionary” in Chinese, which tells you almost everything you need to know about this open source PHP solution. It’s easy to install with little configuration needed, offering users huge amounts of functionality with barely any overheads. It’s also worth considering because of its powerful APIs, which allow you to cut corners and to save time by building on what’s already been built.

Powered by PHP5.3, Fuel PHP mixes ideas from other frameworks together to create something new and surprising. Quick, easy to use and powerful enough to run the vast majority of websites and applications, Fuel PHP is a pretty good all-rounder, but it does lack some of the advantages of other options on this list such as extensive databases of third party plugins and the huge communities that have grown around other providers.

There’s no right or wrong answer when it comes to the question of which PHP framework to use when it comes to web development. Different providers have different strengths and weaknesses, and so it all comes down to your particular use case and what you hope to achieve from your website.

Bear in mind that there are also different types of website, so the framework that you’d use for an ecommerce site might differ from the one that you’d use as a news publisher. It can even come down to developer preference: if you have an in-house developer who specialises in Laravel, for example, then it doesn’t make much sense to insist on Fuel PHP. That is, unless you have a good reason for it.

Don’t make the mistake of thinking that if you choose an open source option, you won’t have to spend any money. Sure, the software might be free, but you’ll still need to work with designers and developers if you want to get the look and feel just right. In fact, it’s virtually a necessity – after all, if you stick with the defaults then your website will look exactly like a thousand others. Choosing the right framework is just the beginning: it forms the basis of the foundations that you’ll build upon.

Still need help wrapping your head around PHP web development? Don’t suffer in silence. Here at Zfort Group, we build websites so you don’t have to. We start by getting to know you and your customers and walk you through the process to make your website the best it can possibly be. So if you’re on the market for a new PHP site and you’re not sure where to turn, get in touch with us to find out more. We’ll be happy to help!

How you can complain about a hospital

What Were the Most Popular 2019 Oscar Winners