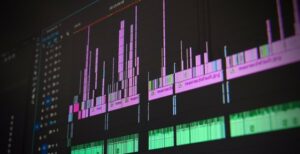 The human race has an exceptional knack of taking something and making it better and more streamlined by employing available technology in the most inventive of ways. Take email as a prime example of a much more efficient form of correspondence than traditional post. When the internet came about we suddenly had an instant way of getting our messages to people, rather than having to wait days for the letter to be sorted and delivered, and responded to in the same manner. Now, cryptocurrencies could well do to traditional currencies what email did to post. It certainly wouldn’t be surprising to see such a development within the next five years or so, to see everything online paid for with e-currencies like bitcoin.

In just a few short years, bitcoin has changed from an unknown, mysterious entity to a digital asset that could rival gold. The currency has surged in the last few months, breaking $2000 for the first time towards the end of May, and then rising yet further to $2900 at the beginning of June. Major western businesses such as Starbucks, Microsoft, and Virgin Galactic have been giving customers the option to pay with bitcoin for a while now, and have helped spread the word about this form of payment. Perhaps the spike in price recently, though, is down to the fact that Japan, home to the richest economy in Asia, has now jumped on board and formally recognised the e-currency. This has led other major Asian countries such as South Korea to also jump on board.

Because of this constant rise of bitcoin and other cryptocurrencies such as Ethereum and Dogecoin, companies that adopted the new payment method early are well-placed to continue reaping the rewards. Online casinos that have moved towards solely operating with cryptocurrencies are attracting customers who prefer swift and secure methods of payment that can be made from anywhere in the world. There are now even gambling games that have been designed specifically to be played with the e-currency, including bitcoin roulette, slots, and blackjack. These attract gamblers who want to experience everything and also give bitcoin users who shop for other things another way to spend their money. Bitcoin gambling sites that also offer other forms of cryptocurrency such as Ethereum, Dogecoin, PlayMoney, and Monero could stand themselves in good stead as these newer e-currencies seek to follow in bitcoin’s footsteps.

There are plenty of other places where e-currencies are beginning to flourish. Online retailers like Overstock, travel agents such as Expedia, and delivery services including Foodler all now offer bitcoin as a form of payment. The fact that it is so quick and easy to link a bitcoin wallet with an app and pay for things in a matter of seconds is leading more people to buy into the idea, and digital currencies are going worldwide.

PayPal demonstrated just how useful digital methods of payment were, but bitcoin took it to the next level by offering something that has a vast amount of further applications. E-currencies have gone global, and look set to be the primary method of paying for things online in the years to come.

Did you know that high quality sleep is essential for good health?