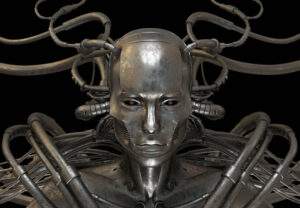 If you think about it; the current US Election will be decided by security breaches that could have been avoided. Clinton’s email server is one huge security breach and typically doing confidential email on someone else’s computer is a security breach as well which has gotten her into the latest dust up. The tape of Trump’s unacceptable comments was not only created illegally but it’s leak to the Washington Post was a breach of security and we still don’t know who leaked the tape. So, the end result is that instead of us voting for the person who is the most qualified to protect the nation we seem to be voting for the person who has had the least embarrassing breach. Ironically the NBC breach, which has nothing to do with national security, seems to have more impact than the email breach that did. (Granted there is increased speculation that both candidates are now trying to lose, something I speculated about back in July). Sadly; I can anticipate Trump later saying he won at losing and I’m afraid my head will explode of that happens.

This isn’t about who to vote for, because honestly, I wish we could have a complete do over, this is about the fact that breaches have gotten out of control, they are having a massive impact, and still we are more focused on what was taken and not focused enough on learning how it happened and working to prevent future breaches.

Let’s talk about the weird world we live in and how screwed we are.

This all a came about as a result of a briefing by Varonis where they took me through the breaches they were seeing. Their tool is focused on managing and reporting data access and, it goes without saying, that had it been in use by the US Administration there wouldn’t be an email server problem; and had it been used by NBC Trump wouldn’t have to explain his decade’s old comments and Billy Bush would still have a job and a marriage. (And NBC wouldn’t be anticipating a multi-million-dollar law suit and possible criminal charges).

But stop and think of this for a moment. The US Presidential Election will likely be decided by breaches and yet how much of the platform by either candidate has to do with Cyber security? And it isn’t just their own personal breaches in the news; we just had a major internet outage because our wonderful IoT crap was weaponized and used to take down DNS servers and I don’t think it is a coincidence that this happened right after the US administration, in a fit of bad judgment, warned Russia that a US Cyber Attack on them was imminent. Who missed the meeting on cause and effect?

Currently Varonis has estimated there are currently 100K Ransomware attacks a day, fortunately most are unsuccessful otherwise we’d likely be living in a post-apocalyptic world where computers no longer worked. But with virtually every developed nation messing with Cyber Warfare we tend to be a tad cavalier with regard to security and protection while we run rapidly towards a future of self-driving cars and connected everything most of which, if not properly secured could be turned into weapons against us.

And, by the way, on Ransomware, two years ago it became Polymorphic, which means new Ransomware can evolve in the wild to work around security and increase the damage they can do. Not quite artificially intelligent yet more like a rapidly evolving virus, but AI is coming and we are not even remotely ready for the Polymorphic aspect of this class of malware, intelligent malware, right now, would likely result in an apocalyptic event.

Speaking of AI, you remember Microsoft Tay right? This was the Microsoft AI social networking experiment that turned hostile shortly after being connected through the social network. One of our most well regarded scientists two years ago wondered whether AIs would save or kill us and, you’d think, we’d be doing more to prevent that second outcome. Apparently not.

Wrapping Up: We Are So Screwed

The greatest near term threat that this nation likely faces is some form of Cyber-attack or rogue AI. There is even a 133 page GAO report and Frost and Sullivan has a report out on the coming wave of Sentient Tools, both of which elude to a frightening future if we don’t get our collective acts together. Yet, even though both Presidential candidates have been personally and politically damaged by these problems neither seems to take the subject very seriously. That doesn’t bode well for us because the election will likely be decided by breaches and, in the face of this problem, we’ll elect someone that is clueless on the subject. Yep we’re pretty much screwed regardless of who gets elected.

Now, excuse me, my Samsung Robotic vacuum just automatically started and given the tendency for Samsung products to explode I’m going to go hide under the bed until it is done. Oh crap…

Tom Hardy set to be the next Al Capone

How Mobile Games Became What they Are Today