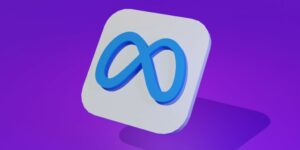 The metaverse arms race is really picking up speed and new announcements are being made all the time. The most recent development is the coming together of two great tech worlds: the Metaverse and the cloud. That’s because of tech company Nvidia, which has led the switch to move its metaverse over to the cloud, where it can be more easily accessed. The question remains: will the rest of the metaverse do the same?

Nvidia, an American artificial intelligence company, is the first to choose to relocate its metaverse to the cloud. In a recent press release, the company cited accessibility as its main reason for doing this. Not only does it want to create the best and most user-friendly metaverse, but it also wants it to be accessible to as many people as possible. If you need extra support to understand different computer systems like the metaverse, then visit IT Infrastructure Services in London.

Meta is leading the construction of the metaverse, claiming to have created over 10,000 digital worlds. However, Nvidia isn’t far behind and, along with hundreds of other tech companies like Microsoft, is racing to build its very own metaverse. Nvidia hopes to gain an edge over competitors by releasing this metaverse onto the cloud.

The Omniverse vs. the Metaverse

Strictly speaking, Nvidia’s version of the metaverse isn’t a metaverse at all, but rather an omniverse. What’s the difference? We’re not sure. However, the term ‘omniverse’ was created by Nvidia and predates any talk by Meta of building their own metaverse. In practical terms, the two are both attempting to build virtual worlds that exist in extended reality.

The omniverse began as a 3D digital world in which designers could meet to build their own products. This has since been used by over 700 companies, including Lockheed Martin, BMW, and Sony. To make their access easier and enable companies to access the omniverse without transferring tons of data, Nvidia has put its omniverse on the cloud.

Nvidia hopes to have a leg up over the competition by moving its version of the metaverse to the cloud. However, are other companies interested in doing the same? Microsoft, which is building its own metaverse, certainly seems interested in this route, creating its own cloud system called Azure. As a more efficient and cost-effective option, it seems likely that Meta will eventually place its metaverse on the cloud, as well.

There are many companies that can now offer cloud solutions to help anyone wanting to take this route. For some, this might be the most efficient and secure way to launch your own metaverse.

This move by Nvidia to take its omniverse over to the cloud is a significant one. It shows that they’re serious about competing with the likes of Meta when it comes to building this new digital environment. Whether other companies follow suit is yet to be seen but, as a more secure, accessible, and cost-effective solution, it certainly wouldn’t surprise anyone.

How Business Leaders Can Protect Themselves Against Unfounded Sexual Assault Claims