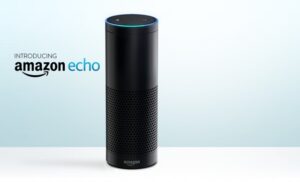 One of the interesting discussions we analysts have from time to time is on the value of Steve Jobs. Apple’s board at one time placed his value at around $10B but that was likely arbitrary, and Apple’s valuation didn’t correct, at least not yet, by this amount. (This is good because were Apple to correct it would likely take much of the US stock market with it as collateral damage). But if you look at Apple’s launches both before and after Jobs you see a distinct lack of the same kind of excitement and Apple has had nothing like the massive growth that Jobs drove since his unfortunate passing. The closest thing to a full Apple like product didn’t really come from Apple at all, but from Amazon, yet while the Amazon Echo is the market leader it doesn’t enjoy the cult like following or the massive dominance that the iPod, and initially the iPhone and iPad, enjoyed. This isn’t because the product is inferior, it isn’t, it is because Jobs executed at a whole different level then and no one, including Apple, executes at that level today.

Let’s talk about what Jobs did that made his launches uniquely successful. (A good book to read on this topic is “The Presentation Secrets of Steve Jobs” by my friend Carmine Gallo).

A lot goes into a name and it is a task that smart people avoid like the plague. My own saying is that “the only thing everyone will agree on, when it comes to a new product name, is that the person who came up with it is an idiot”. Doing naming well is hard not the least because everyone and their brother is convinced that they can do it better and that their own name for something is perfect. As a person doing a name you not only have to come up with something that sounds compelling it also has to be something you can own or at least defend. With the “i” products Jobs wanted the name he wanted, and he invested in making that name and the methodology that allowed other products to be named similarly uniquely Apple’s. When he ran into a problem with the iPhone, (Cisco owned the name), he lawyered up and Cisco folded. That was a huge risk and one Appel has been unwilling to take after the iPad (Apple Watch HomePod).

Amazon did what Microsoft did with Windows in that they chose a name in the public domain not one that was uniquely Amazon’s. But it requires a different naming methodology, rather than iPod, iPhone, iPad, Amazon is Echo Touch, Echo Dot, Echo Plus, Echo Show, etc. It is descriptive, but it doesn’t allow for the freedom in messaging that an unrestricted simpler name like iPod allows. It isn’t bad, it just lacks the potential a made up simpler name has.

When Jobs announced a product, it was a pageant where the product was center stage. The speeds and feeds of the product were downplayed in favor of statements about how magical and amazing it was. This was refined up to the iPad launch where the magical aspects of what was just a huge iPod Touch, was buried under the massive imaging that was wrapped around the product. Much of the decline of the entire tablet segment is likely due to the loss of this positioning and rhetoric after Jobs left the world stage.

The Echo is also showcases more by what it can do than how it does it. But there really isn’t any magic either. It is a digital assistant, now one of many, that allows you to talk to the internet and, increasingly, other devices in your home. So, in many ways, it is more magical than the iPad was, but it isn’t presented with a similar degree of wonder and this it doesn’t sell to the same potential that the iPad once enjoyed. Far from a failure it just lacks the massive bounce and rush buyers used to provide for all the Apple iProducts at one time.

Finally, typically Apple would focus on a very limited line and push people to it. Amazon has decided to use more of the shot gun approach typically used by hardware vendors where you build a lot of different options and push people to them. This significantly dilutes the marketing budget for each offering and creates confusion in buyers trying to make the related choice. Apple generally kept it very simple (iPods eventually becoming the exception before largely dying out).

During Jobs time the ads surrounding the “i” products focused mostly showcasing the things doing wonderous things or making their owners happy. Massive seeding with celebrities assured the products being used by people that others would envy, and prices were high enough to make them relatively exclusive, or at least seem exclusive.

Amazon’s ads have been far more pragmatic, they have hired celebrities to advocate the product, and if they are doing seeding it isn’t obvious where it is being done. To be fair Echo’s don’t lend themselves to this approach quite as well because people don’t carry them with them. Alexa is finding its way into other venues and through what appears to be an increasingly aggressive licensing program but that doesn’t really help the Echo line.

Wrapping Up: The Echo Could Be The New iPod

But it isn’t yet. Certainly, the potential is there in that it is focused mostly on music, does magical things like allowing you to talk to different aspects of your increasingly automated home, and it is relatively easy to use. But it isn’t names, presented, or marketed like Steve Jobs once marketed Apple’s “i” products and that will likely prevent the kind of near absolute market control that Apple enjoyed under Jobs.

Though, from a personal standpoint, I’m far more likely to buy a new $100 Echo for a gift than I am a $1,200 iPhone X. So maybe all of this isn’t that important, then again it is during the holidays that I really miss the magic that Steve Jobs used to provide us. What about Apple’s HomePod? Well when the Apple CEO has to explain why his product is better, someone at that company missed a meeting.

Are you married to a cheating wife?