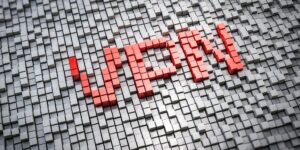 VPNs are all the rage these days especially after the EU’s GDPR took effect earlier this year. Many new users have started dabbling in the software and, no doubt, have encountered several myths regarding Virtual Private Networks.

VPNs have been around since 1996. They’ve protected and secured people’s connection to the Internet and have evolved with the times. This is why it’s unsurprising to find a lot of misconceptions and myths that have sprung up around them.

Here I’ll talk about the most recurring VPN myths and if they’re true, false, or something in between.

While VPNs do a lot for your security and give you a bit of privacy, they don’t actually give you 100% protection and anonymity from everything.

For instance, a VPN won’t protect you from phishing attacks. These social engineering-based scams rely on psychological tactics to trick a target into clicking a malicious link. You pretty much give the scammer a door through your VPN, firewall, and antivirus after you click that malicious link.

A VPN also won’t save you from compromised servers. This is because although the information traveling through the VPN tunnel is secure, the server that receives that information may not. Remember that not all servers follow the best web security practices so it’s best to watch where your data is going.

Lastly, not all VPNs protect you from malware. This is why I often recommend using a VPN together with the best antivirus program out there. The antivirus gets rid of existing malware while its built-in firewall prevents more from coming in, and the VPN makes it hard for the malware to find your device.

2. All VPNs are the same

They’re established by different companies to serve different people, although they wish more people would prefer their brand.

It’s this “if you know one, you know them all” misconception that drives people to compare VPNs simply by price. This is wrong for 2 reasons:

Some of the best VPNs are also the most affordable. You just need to know how to compare them with each other.

3. Free VPNs are as good as paid VPNs

Going back to the 2nd reason in the last entry, some people believe that since all VPNs are equal, free VPNs should be the best choice. This couldn’t be further from the truth.

A lot of free VPNs actually log your information and sell it to their partners and other third parties. One free VPN sold its users’ remaining bandwidth to be used as part of a botnet. You’re actually paying free VPNs with your data/bandwidth. This is why it’s best to stay away from them.

Not all free VPNs are bad. Basically, free VPNs can be classified as either “sample platters” or “free lunches”.

Sample platters don’t live off the money they get by selling your data. They’re simply giving you a free subscription so you can test their services. These companies hope that you’ll love their service enough to eventually upgrade into the premium version that comes with the full features and bandwidth.

Free lunches are the ones you should watch out for. These free VPNs are the ones that promise to be “free forever”. If they’re truly free, how do you think they’ll survive? That’s right, they get survive by selling your data/bandwidth.

The takeaway here is:

If you’re looking for the perfect VPN for your budget, free VPNs aren’t necessarily the best choice. In fact, NordVPN, one of the best VPNs today is actually one of the cheapest already. Add to that the fact that it lets you make 5 simultaneous connections with one account and that you can use this NordVPN coupon to get it even cheaper, makes free VPNs pale in comparison.

4. VPNs will make your internet too slow

The slowing down that VPNs cause is a result of the encryption process. VPN internet speeds also depend on several variables which include:

Some VPNs actually do slow your internet speed down to a crawl. Others won’t have noticeable effects. It will be crucial to compare VPN speed tests if your current internet speed is a concern.

5. VPNs are too technical

The earlier forms of VPN were technical. However, they have gotten easier to use as the technology evolved.

You will find some VPNs easier to use than others since VPN usability depends on the user’s technical savvy. More advanced users will want the right amount of options and settings that allow them to tweak the VPN exactly to their liking.

On the other hand, if you’re a novice to this VPN business, look for a VPN like TunnelBear with its fun and easy to use interface. You’ll find that it shows only the bare minimum you need to start using it.

6. VPNs are only good for security

You’ve probably already known how to use a VPN to get cheaper flights, but did you know that you can use the same method for other services? In fact, here’s a list of other services that a VPN can make cheaper:

VPNs also grant you some privacy because of how they encrypt your data and hide your true IP address from anyone snooping around for them.

You can also access blocked sites (Torrent sites) and content (Netflix or KODI) using a VPN, which is made possible through its IP masking technology.

7. VPNs are for people with something to hide

There are some that simply place more value into their privacy. These people include:

8. TOR/Proxies are equal to VPNs

If you’ve been looking to protect your privacy, you may have already heard of TOR and/or Proxies.

TOR (The Onion Router) is a privacy software that wraps your data in several layers of encryption. Your encrypted data is then “bounced” to different IPs before it reaches the desired server. This makes it nigh impossible to trace your data back to your own IP address.

On the other hand, Proxies, which often come in the form of plug-ins, protect your privacy simply by replacing your IP address with another one.

While these two may provide you with privacy, they’re simply not as secure as a VPN. VPNs not only mask your true IP address but they also encrypt your data. That’s not to say that a VPN is better than TOR on the privacy front since the former was made primarily for security and the latter, for privacy.

That being said, there’s nothing stopping you from combining the security of a VPN with the privacy of TOR. Some VPN companies actually offer their own Proxy services as well. So, in the end, it all depends on what level of security and/or privacy you’re looking for.

Positive Mental Health: One of The Many Benefits with CBD eLiquid