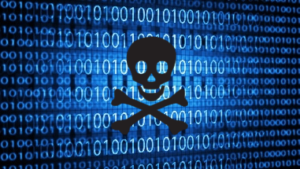 Over the past couple of decades, the world has been introduced to a new breed of criminal. With the internet becoming such a huge part of our lives coupled with our ongoing move into the digital era, it came as no surprise to learn that criminals were focusing their efforts online. In fact, cybercrime has become a huge problem in countries around the world. These criminals not only target consumers but also businesses and even huge corporations. The damage that they can do to a business can be astounding.

As a result of the impact of cybercrime, businesses have invested heavily on security in a bid to protect themselves and their systems. The problems that cybercriminals can cause for general consumers can be stressful, inconvenient, and challenging. However, the issues that they can create for businesses can be devastating, as it often affects not just one person but a whole organization including customers in some cases.

What are some of the dangers that businesses face?

The detrimental effects of cybercrime on businesses can be far reaching. For smaller businesses, the risks can be particularly high as they don’t have the same level of money available to invest in security as large corporations. However, even large corporations and organizations can be brought down as a result of cybercrime, as was demonstrated by an attack on the systems of the UK’s National Health Service recently.

One of the things that cybercriminals can do is to bring systems grinding to a halt, which is what happened with the NHS. Hackers were able to effectively disable appointment and other systems, causing total chaos. However, the problems could have been much worse. Cybercriminals have been known to wipe all data from the systems of businesses, and if there is no backup or recovery solution this can be devastating. They are also able to access sensitive information such as financial data, which then leads to fraudulent activities and financial losses for the business.

Finally, there is security of data, which is an enormous issue for businesses. Many businesses that deal with customers and clients hold very sensitive and personal information on their systems. This could be anything from personal contact information and data through to financial data such as credit card or bank details. When cybercriminals are able to get hold of this type of data, a serious breach of security occurs. This is where it is not just the business that is affected by the crime but those whose details and security have been compromised.

Given the devastating effect that cybercrime can have on all sizes of businesses, it is vital that steps are taken to step up security. The methods that cyber criminals use have grown increasingly sophisticated over the years. However, there are also various tried and tested methods that are still used, such as phishing scams. This is why, in addition to improving system security, businesses should focus on training employees to recognize cybercrime attempts and act accordingly.

Technology and the Economy of The Creative Class