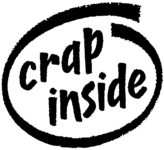 Intel had yet another bad week this week. It started out with an interview from Intel’s CEO Brian Krzanich saying his goal was to keep AMD to 20% server market share (apparently AMD is kicking Intel’s butt). That conveyed two things potential restraint of trade (a dominant vendor is not allowed to restrict sales of a smaller rival) and given AMD is currently closer to 2% share, that Intel was anticipating AMD taking a whopping 18% share from Intel over a very short period. Then Intel announced yet another hardware vulnerability that is unique to their hardware and that opens up encrypted traffic to compromise. Given its similarity to Spectre and Meltdown there is a sense that Intel may have not been timely with this release either further supporting the impression that Intel Security is an Oxymoron. This could be particularly problematic because if buyers eventually come around to the idea that Intel is full of crap when it comes to doing the right things to secure them they’ll likely abandon Intel like the plague.

In effect, Intel Inside becomes “Crap Inside,” and the multi-billion-dollar brand goes to negative equity. Recall this happened to IBM back in the early 90s and it not only resulted in IBM CEO John Akers getting fired, and the first and only outside CEO in IBM’s 100+ year history, but the near failure of the company.

Given this comes on top of a series of other critical mistakes like supporting the abusers in the Gamergate scandal, abusing high profile Intel executives like Debra Conrad before terminating them, bragging about CEO salary increases while announcing layoffs, what appears like massive insider trading, notifying China before the US on prior security exploits (putting the Nation at risk), killing off IDF and much of the development engine the firm will need to launch its own GPU, and crippling current product efforts in favor of screwy things like Drone swarms and smart car sensors.

So, I’m wondering if Brian Krzanich is either a complete idiot or is creatively trying to get fired and receive his Golden Parachute?

Is Brian Krzanich Trying To Get Fired?

One thing unique to CEOs is that they can often get more money if they are fired than they could get short term by staying in the job. In fact, given how much more they typically get when they become CEO, the Golden Parachute could be the equivalent of decades of what their salary was prior to becoming CEO. Often new CEOs, and I’ve known a few, quickly find out that they really don’t enjoy the job and that the Golden Parachute may be their fast-best path to the early retirement they’ve always really wanted. I’m clearly not the only person thinking he is angling for a Golden Parachute retirement package either (if you’ve covered CEOs and tech as long as some of us have, this isn’t that much of a leap).

We don’t know how much Brian’s Parachute is but its typically some multiple of salary which is just under a whopping $15M a year at last report. His stock sale suggests he is expecting Intel’s stock to tank soon (recall he sold every share he was allowed to sell before the end of last year). All of this suggests he is far more interested in the money he gets than in doing the actual job of CEO and getting a massive payday before he tanks the firm leaving his successor with a near impossible mess is hardly unique in this industry. Reading up on the history of Golden Parachutes it is kind of amazing on how many CEOs got huge payouts after basically destroying the companies they were supposed to manage.

Over much of the last quarter at analyst events talking to both peers and executives of companies who sell products with Intel in the most common question regarding Brian Krzanich is “why does that guy still have a job”?

I’m still thinking about writing a book on the mistakes Brian Krzanich has so far made leading intel because the number and breadth of them is unprecedented. It is also unprecedented that Intel has largely weathered the storm. But that may simply be because it takes a lot of time to set up to displace a massively dominant vendor like Intel. I’m left wondering whether Brian Krzanich is truly this incompetent or is actively working to assure he gets his Golden Parachute, so he can kick back and stop working.

Maybe Intel’s board should consider rescinding Krzanich’s Golden Parachute in the hope he’d start doing the job? I’m also thinking Lisa Su should send the guy a basket of fruit with a thank you note for all the business he is sending her. You might also want to take note of who is on Intel’s board and maybe avoid any firms they have anything to do with managing because they’re clearly out to lunch as well.

In that last regard I’ve been praising Andrew Wilson, CEO for Electronic Arts, for standing up for women and against the misogynistic gamers that play his games. I’m starting to think that he’s given up on having a positive impact on Intel and is phoning in his BOD efforts.

What a train wreck…

What are the Hidden Risks of Using Free VPNs?

How to find a family lawyer in your local area?