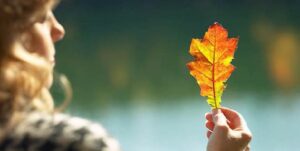 According to a dispiriting CNN report, the average U.S. kid spends something like nine hours per day in front of a screen. That’s well over half their waking hours.

Whatever your opinion of “screen time,” you can probably agree that that’s too much.

But is there really anything you can do to break the insidious spell of the ever-growing “device cloud”?

Actually, yes. One way or another, these seven proven strategies will get your kids off their phones and into the great outdoors

1. Get Them Out of Range

Phones aren’t as much fun when they can’t connect to the Internet. One of the best ways to get kids to put them down, then, is to arrange weekend (or longer) excursions to remote areas not served by LTE networks.

You don’t have to go as far as you think. Even in densely populated pockets of North America, you’ll find LTE gaps an hour or two outside major cities. Maskwa Project, a rural retreat in southern Manitoba, is less than three hours from the bustling hub of Winnipeg.

“Maskwa’s guests are too busy enjoying the great outdoors to spend much time on their devices,” says Maskwa Project supporter David Janeson. “But even if they wanted to, they wouldn’t be able to stream content out here.”

There’s a Maskwa-like retreat near where you live. Find it, and treat your kids to a few unplugged days there.

Not sure your kids can handle a week (or weekend) of total deprivation?

Keep the training wheels on for a little while and use age-appropriate incentives — for instance, Pokemon Go and similar augmented reality games — to encourage your kids to bring their phones outside.

Once they’ve had some time to adjust to the great outdoors, take the training wheels away: Maybe swap Pokemon Go for old-fashioned Tag.

Gaming is one form of bribery. Screen time is another.

While it’s somewhat controversial to use screen time as a reward for going outside, evidence is mounting that it works. Apps that help kids “earn” screen time from analog activities are more common than ever. The trick is finding the right rate of accumulation: Too rapid and kids might not fully appreciate the bounty of the outdoors; too little and they might rebel.

Try playing Good Cop, Bad Cop with your kids. Or, if the situation warrants, just Bad Cop. There’s no shame in mandating outdoor play time — especially in the summer and on weekends, when kids aren’t as likely to have scholastic or extracurricular conflicts that might legitimately keep them indoors.

Trips to far-flung outposts like Maskwa are great for “de-screening” — the (safe) equivalent of shock therapy for electronics-enamored kids.

There’s a gentler alternative: family vacations to less remote, but still outdoorsy, destinations. The prospect of a few days on the beach or in the mountains might just convince your kids to put down their phones on their own — at least, during daylight hours.

Summer camp, after-school sports, Scouting: the list goes on. Chances are good that there’s an outdoorsy extracurricular your kid will enjoy, even if he or she isn’t athletically inclined or enamored with the natural world.

Every screen session has natural breaks. Enforce them! During commercial interludes, or at arbitrary 30- or 45-minute intervals, bring your kids outside for a few minutes. This strategy doesn’t work so well with older kids, whose screen sessions are less likely to be heavily structured, but instilling the habit early might help it die hard.

Have another tip on minimizing screen time? Share with our readers below.

Inexpensive But Modern Ways to Make Your Home More Attractive