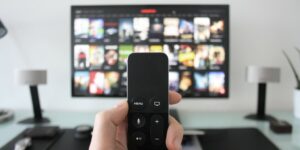 It is estimated that by 2020, the global online video viewership will have reached over 2.51 billion viewers. The television age is gradually becoming obsolete thanks to digital transformation gaining momentum resulting in the birth of giant video streaming websites such as Netflix, Amazon Prime TV, and Hulu. Without live TV streaming, our daily life would probably be duller. But what makes a successful streaming service platform? Let’s begin by looking at some features that make a video streaming service platform successful.

In order to create a successful video streaming service, it is important to ensure that it is able to deliver services efficiently and effectively on any platform such as a mobile screen, desktop, gaming consoles, Blu-ray players as well as social platforms like Facebook and Twitter.

Another essential feature of a video streaming service platform is its availability in multiple languages as this will ensure that a global audience is reached. This allows every end-user to enjoy different shows in their language of choice.

This feature allows viewers to get the best viewing experience with an option to watch videos in a wide range of video qualities. These may range from the standard 240p to 4k resolution.

Social media platforms such as Facebook and Twitter have become a popular phenomenon hence a feature that allows social sharing should come in handy as it will also act as a promotional tool for a business. Through this feature, users can share any type of content on social media platforms enabling other users to rate and comment on the video.

This enables content owners to prevent their data storage platform from unauthorized access by people through the geography of viewers and IP.

This feature will help increase your revenue growth through various video monetization strategies such as Subscription, In-app purchase or Pay-per-view.

How To Create Your Own Streaming Service

Video streaming works by sending small chunks of video via the net allowing them to get reassembled and played by a user. Unlike downloads, video streaming transmits data in a continuous flow allowing users to watch and listen in real time hence it is hard to save streaming files. If you have set your mind on building your own video streaming app, then you will need to have some programming knowledge in order to create this type of app on your own. While creating a video streaming app can be a difficult task for one person, having some confidence in your skills will ensure that you succeed. A good live TV streaming app must have the necessary streaming workflow that includes the following:

If you do not have the required skill or you do not know much about programming, then it will be a good idea to contact a professional app developer for your video app development. You can create an Android video streaming app using Java or Android Studio and an iOS app using Xcode and Swift 3 or Xcode and Objective C. Contus Vplay is a perfect solution for those who want to create their own video streaming app. This live streaming and video on demand solution have helped media houses, broadcasters, eCommerce businesses and many others to create their own video streaming app that will effortlessly broadcast live events over mobile and web. This live streaming solution comes with amazing features capable of turning your video content into a successful business venture.

Some of the supergiants that offer video streaming services include Netflix, Hulu, and Amazon Prime. Netflix is the most popular platform with over 17.58 million subscribers with a $39 million annual gross in non-cash charges for the final quarter of 2017. The success of Netflix is due to quality unlimited streaming of shows to its global audience.

Hulu streams to over 17 million subscribers worldwide and has an extremely impressive annual revenue that has recently reached $1 billion for the first time in the history of video streaming services.

Amazon Prime is a growing platform that provides users with unlimited access to music, videos and much more and despite being a newcomer, it is edging closer to 80 million subscribers and has recently recorded an impressive annual revenue of $6.4 billion.

Cholesterol Diet: 7 Foods That May Help Lower Cholesterol And Keep Your Heart Healthy