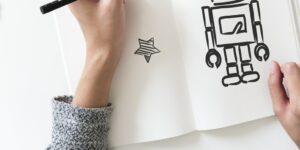 It’s obvious that the more languages a business or webpage can use, the larger the audience it can reach. But to be able to reach other cultures, especially those that have complicated, nuanced local dialects. Numerous services can extend beyond the capabilities, and common blunders, of Google Translate or other mainstream machine translation applications. They do this by adding a human layer to the element of translation, revising the faulty language of machine translation, thereby utilizing machine translation technology at a new level. Industrial and machinery translations allow for everyday entities trying to expand their viewership to entirely different regions, cultures, countries, etc. just with the accessibility of a multitude of languages.

An acronym for search engine optimization. SEO is a vital technical stratagem used in natural language by publicists, web developers, and content producers alike in order to take advantage of search engine algorithms and the ranking systems based on their results. SEO exists as nearly a meta-language in itself; beyond what makes sense to appeal to in any one language, SEO establishes a criteria within each language that causes a document to be returned high in a common query. These results are never as simple as the similarity between the contents of the results and the contents of the searches made by the user. SEO, then, becomes a method for marketing a business or website worldwide considering the fact that nearly all internet users use search engines for explore the internet for larger spans of information.

Whether its subtitling, dubbing, or simply transcribing speech from any sort of multimedia format, with the widespread production of video and other non-textual but linguistic content, many can also benefit from translation outside of text, which the next two sections describe. Multimedia content is restricted to the language its spoken in without translation, whether it’s done hastily and automatically or with translation experts. Not only is it advantageous for content producers to translate their texts into other languages, but it may be advantageous for them to translate their multimedia content as well: audio of video of any kind that contains spoken language. In order to expand a video beyond the constraints of the natural language understanding of the audience, a video must be translating into other languages.

Interpreting as it is known in language translation involves transcribing and then translating recorded voices. In any industry that requires the comprehension of a client or user’s recorded voice, interpretation through machine translation can ease the burden of arduously parsing a lesser known language for the service providers

Localization is a concept that may not occur to the thousands of individuals who run websites, develop code, or communicate internationally in their business in general. Localization is an incredible tool because it makes people believe that a business, website or other digital service is a locally owned and operated establishment because of the of its language. The translations are integrated into web portals automatically so that they are returned in search results, an output of localized search engine optimization.

The idea of professional translation services is simple and intuitive but its usage is not nearly as expanded as it should be. After all, when reading in a native language, it’s incredibly obvious to spot when text was translated from a different language. However, many underestimate the importance of language sounding resonant with its readers. This is the convenience and deeper layer of understanding that professional translation services can offer almost anyone.

How to Turn Your Passion Into Your Career