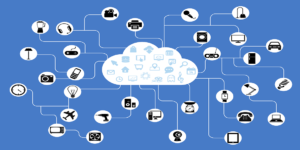 Today more than ever before, regular household items and devices are becoming interconnected. This includes, but is not limited to, televisions, motor vehicles, light bulbs, and microwaves. This interconnectivity of the physical world is labeled The Internet of Things and, according to internet and social media experts, it is just getting started. Recent research suggests that in the very near future, for example, when you cook a roast in your oven your grocer will be notified that you need another chunk of beef.

Estimates today reveal that just about one percent of material items can be conveniently connected, but that the number of connectable objects in the next ten years will be astronomical. In fact, experts predict that over fifty billion devices will be interconnected in the next three years. Not all internet gurus are that optimistic, but even the dourest pundit admits that the IoT is going to keep on growing exponentially no matter what happens.

The economic impact of the IoT on such things as merchandising, advertising, data mining, customer service, education, and medical services, is nearly incomprehensible when broken down into dollars and cents. The world economy is already connected on a molecular level, so to speak. As the Internet of Things begins to pick up speed, that same global economy is going to become connected at the subatomic level. Star Trek, here we come!

The true concept of the IoT sounds like science fiction―and in fact was predicted long ago by dreamers and writers like H.G. Wells and Arthur C. Clarke. Experts at Datawave Wireless agree: “When things are connected that have never been connected before the possibilities of intelligent interaction increase at a rate that is taking away the breath of research scientists around the globe. When cloud activated data analytics is added to the mixture, you have an unstoppable technological and information juggernaut that will not only revolutionize daily living but promises to boost world economies at a staggering pace.”

The world economy is set to benefit immensely from the Internet of Things―yet, there are benefits to be reaped from various industries. For example, traffic authorities see nearly three hundred thousand lives saved over the next ten years from a vast reduction in traffic fatalities using autonomous vehicle technology, if widely followed. Crime statistics could also plummet by upwards of twenty percent when metropolitan sensors and cutting edge home security remote monitoring begin to work seamlessly together through the IoT. Energy usage in factories and offices, not to mention homes, will fall as the IoT takes over full-time, error-free, monitoring of energy patterns and usage. Even the treatment of chronic disease, once integrated into the IoT so it can be diagnosed and tracked in real-time, will lower medical costs without a doubt.

This revolution will not happen without some challenges and bumps in the road, however. While building interconnecting apps and devices is straight-forward, the intelligence this interconnectivity brings to objects, which don’t think autonomously, can become a roadblock if communication silos are created that prevent devices from talking to each other. On top of that, the standardization of cloud adoption is still in its infancy. Government and technological organizations will benefit from meeting to discuss standards and procedures. This helps ensure that the IoT reaches its full potential without compromising the rights of any individual or group of individuals.

Is Elon Musk’s Hyperloop All That It’s Cracked Up to Be?