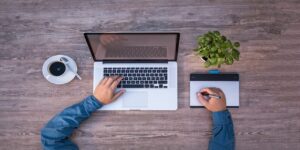 Cisco is known for its ability to disrupt the market and for its aggressive stance on social responsibility.  However, this week, they showcased something different, a massive change to the flexibility they are offering their customers, and this flexibility should enhance their R&D efforts in ways I don’t think even they realize.  Let’s talk about Cisco’s Internet For The Future event in San Francisco this week and how it could lead to a massive change in how R&D is done.

The Problem With Research And Development

I’ve worked with several labs over the years, and labs, in general, tend to have often difficulty getting the business groups to sell what the labs develop.  This is because, in general, the lab’s several steps removed from the customer, tend to be highly confidential (preventing any feedback loop) and run by people who have neither been nor sold to the firm’s customers.  To suggest there is a significant communication problem with labs would be a massive understatement.

To fix this, you’d need to find a secure way to capture, in detail, what customers aren’t getting from the products, do a gap analysis to identify product areas being missed, and then provide a feedback loop engaging the customers in the development process all of which is pretty much a non-starter.

But what if you instead metered the customers, allowed them to get access to the components of your solutions, and let the customers do their real-time R&D with your stuff?

This is what Cisco announced this week a level of flexible purchasing this industry has rarely seen where a customer could buy any mix of software, hardware, and processors to create their custom solutions to meet their unique needs.

In effect, customers participating in the program will be creating real-time production-ready prototypes of new offerings currently not in the market (because, if they were, the customers would buy them instead) and, by doing so, showcasing gaps not only in Cisco’s lines but in the market in general.

Not only should the result of this program provide a level of flexibility and related agility that this, which was founded on the idea of customer control and lock-in, has never seen, but it would provide Cisco with potential roadmaps for lucrative offerings they otherwise might not have considered.

As Cisco modifies its service offerings to address the needs of these more agile customers, the opportunity for collaboration on future hardware, software, and component offerings should increase significantly.  This should enhance their R&D efforts in ways that could make existing isolated R&D efforts obsolete and provide Cisco with a competitive edge few firms will see, let alone emulate.

When you give customers lots of choices, it can create a lot of complexity and can create huge support problems.  However, it also can provide a critical information feed that will allow those customers to create unique offerings that address their equally unique needs showcasing gaps in products, services, software, and components that the supplying vendor wouldn’t otherwise see.   Cisco, by opening up choice, is significantly enhancing its market intelligence efforts and moving from the typical theory-heavy R&D efforts to those that are more closely tied to practical execution. Done right, this could become one of the biggest nails in the concept of a Lock-In market strategy that forces square peg customers into round hole solutions that don’t fit their unique needs at all and are often short of critical components that the vendor isn’t aware are missing.

Cisco has long been a leader in innovation in the networking space, and this latest move takes that innovation into the R&D process, and the result not only is initially significant, but it should also eventually lead to far more powerful offerings from the company.  Once again, Cisco showcases, they are fully able to disrupt the technology market, and they set an example that I expect other smart technology CEOs will find compelling. Certainly, the major customers on stage, which included Microsoft, Disney, AT&T, Facebook, and Comcast, were very excited about this change.

Tips on Buying a Used Car