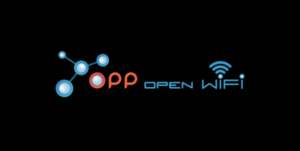 Currently, only 51% of the world’s population has access to the internet. This figure differs drastically between the developing world and the developed world. As the global middle-class increases, new technologies such as blockchain are allowing for growing accessibility. With this access comes a massive opportunity to create a sharing economy that leverages network access to share WiFi capability with people who may not yet have it.

One startup is tackling this exact issue. OPP Open WiFi is a community-driven service trying to change the nature of WiFi hotspots in our decentralizing world. By creating a global WiFi hotspot network, OPP Open Wi-Fi is poised to be a major factor in increasing internet accessibility around the world.

While on the surface it may seem as though OPP Open Wifi is straightforward, there are 6 things you should know about the network and how it will make its impact.

These are just a few reasons on why OPP Open WiFi is going to radically change the game in terms of internet connectivity. By increasing regularly accessible internet and incentivizing hotspot hosts simultaneously, OPP Open WiFi is giving millions more opportunity to engage globally.

How to Secure Your MacBook from Getting a Virus