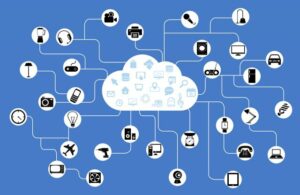 The Internet of Things (IoT) is like air, it is so omnipresent that it is often overlooked. But the reality associated with IoT and the M2M (machine-to-machine) sensors that are its main components, is that it is revolutionizing much of what we do and how we do it. Strategy Analytics released a report which reveals that M2M connections are predicted to grow from 368 million to 2.9 billion by the end of 2022. The firm also added that 80% of those connections will be either on 3G networks or on networks faster than 3G. In spite of its ability to hide in foresight, Internet of Things is a massively vital topic.

The Heat is On – Changes to home and office

For more than a decade, consumers have been resolved a future that is replete with fridges which message us when milk goes off and coffeemakers which we can operate from our beds. But though the smart appliances have dominated the market, there’s no such product or brand which has actually emerged. This rapidly growing market was worth $20 billion as an energetic chaos.

One of the breakout successful products among the many eager products which aim at drastically reducing electricity bills is the Nest Learning Thermostat. With a simple interface and clean design, Nest has been making inroads in the UK, Canada and the US. Nest boasts of being a device which ‘learns’ your schedule, programs itself on its own and can be controlled from your phone. Users could save 20% on energy bills.

There are some other products in the novelty line. Tagg was one of the hits of this year’s CES. Tagg is a remote way of tracking the vitals and location of your pet dog or cat. Amazon announced a line of buttons which you can stick around your home to get notified about ordering staples like toilet paper and laundry detergent with just a single push.

Shopping Centre and the drastic changes – Bid goodbye to gridlock

More than half of the people of the world live in urban centres and 2/3rds of us will live by 2050 which amounts up to 2.5 billion more dwellers to employ, house and transport. Doesn’t that seem to be a nightmare for cities that are plagued by traffic? But technologies are being tested which will assist cities in coping with burgeoning migration.

Stoplights with inbuilt video sensors can adjust their reds and greens as per where the cars are and at which time of the day. They help you doubly by reducing congestion and smog as cars standing idle at red traffic lights burn up to 18% of fuel consumed in urban cities. Sensors embedded in parking places relay real-time information on vacant spots to an app installed in the smart devices of would-be parkers. This would be a boon as 30% of the congestion in the streets is caused by drivers who cruise along roads in search of parking places.

Health care – Fit and you know about your health

Technology which is being designed to help baby boomers live in their homes for a longer time is booming. With almost 20% of Canadians now more than 65 years of age, this proportion is predicted to rise to 24% within two decades. As per a new generation of sensors, it will be possible to tell whether or not the condition of a patient is worth living at home or is getting worsened.

Philips has created a pillbox which opens up when it is time to take your medicines and also sends a message to a family member confirming that you’ve consumed your medicines. Philips Healthcare is also struggling to find an interface which works simply for smartphone-wielding youngsters as it does for old people with dementia and degenerative diseases.

Therefore, it can be plainly predicted that high speed Internet and the IoT will bring about a dramatic change to the way we lead our lives. This is certainly going to be a welcoming change for the consumers.

(This article has been shaped by Diego Baier, he is a strategic analyst researching on trends and their impact on the way we live. He is a voracious reader loves sharing his knowledge and experience on blogs, forums and online communities.)

How to get your business through stormy weather

The top antivirus programs for your iPhone