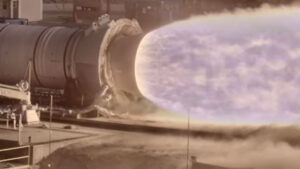 Elon Musk’s SpaceX will likely be grounded for nine to 12 months while it investigates the cause of last week’s launch pad accident and makes any repairs, the chief executive of SpaceX’s prime US competitor said, on Thursday.

“It typically takes nine to 12 months for people to return to flight. That’s what the history is,” Tory Bruno, chief executive of United Launch Alliance, told Reuters.

A SpaceX Falcon 9 booster exploded on the launch pad on 1 September as it was being fuelled for a routine pre-launch test.

The cause of the accident is under investigation. SpaceX has not publicly disclosed the extent of damage to its launch pad.

ULA and SpaceX are rivals for private space missions and launches by US government agencies. Musk’s company in May broke ULA’s monopoly on flying US military and national security satellites, winning an $83 million Air Force contract to launch a Global Positioning System satellite in 2018.

(With inputs from Reuters)

Why Startups Should Embrace Business Intelligence