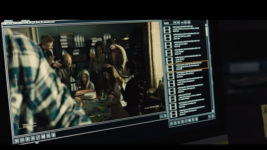 It all began with film studio 20th Century Fox approaching the team at IBM to make the trailer for its upcoming sci-fi drama Morgan.

Researchers at IBM fed the supercomputer over 100 horror movie trailers cut into separate scenes, in order to prepare it for making the trailer. The machine then performed a host of sound, composition and visual analyses.

With Morgan, the machine analysed and isolated ten scenes. Even though a human editor still had to put the scenes together, the computer compressed the process down to only 24 hours.

If you want to find out how Watson did, check out the trailer. Oh and it’s quite compelling and creepy.

How technology has changed the way we experience sport