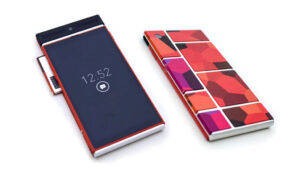 LG gave it a shot with the LG 5 but it didn’t really take off, modular phones. The idea is good and most probably goes back to the “old” pc days, where you could ( and theoretically still can) change and upgrade the components of your computer as you desire. The difference is, back then you had a “yuge” metal box and lots of wires and slots to play with, now you have a five inch slab that has to fit in a pocket, preferably be water-dust-shock proof, look insanely cool and not weigh more than a box of matches

Google has been playing around with the idea for ages. Obviously the prototype we have been seeing since the project started is not very appealing (maybe to second grade lego enthusiasts) but I am sure Alphabet (the company formerly known as Google) knows that too.

Reuters says that “sources” have announced the project dead, the source was quoted saying

“This was a science experiment that failed, and they are moving on,”

What we knew till now was

MyShake Wants to Help Detect Earthquakes with Your Smartphone

Starting Your Own Restaurant? Why Experience Is Key!