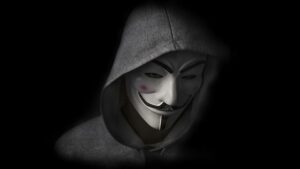 It seems every day there is a fresh news story detailing the events of an online security breach. Whether it’s an identity theft or the major hacking of a big corporation, it is becoming hard to remember a time without hearing about the importance of security on the internet. However, it appears this advice is falling on deaf ears, and no matter what the experts urge, the general public is seemingly ignoring the words they need to know.

Many websites detail the methods used by hackers and how to avoid them and protect yourself – like online threats such as phishing, Trojans, and fake e-stores posing as genuine retailers. These types of guides are must-read for regular internet users, as they go to great lengths on keeping your personal data safe.

However, despite the best efforts of those wanting to protect users, there is still a huge portion of the online population that disregard the information and still continue to make the same mistakes. A new survey has revealed that three in five people in Britain will share personally identifiable information over a public WiFi network. These types of networks are notorious for being incredibly insecure, but 23 per cent still said that they feel protected when using public WiFi even if no username or password details are needed.

As inevitable as the day/night cycle, there will be someone out there wanting to pounce on those who enter personal details over insecure networks. “With one WiFi hotspot for every six people in the UK, there is no shortage of opportunity for bad actors to take advantage,” says Craig Lund, CEO for online security provider SecureAith. “In 2015, there were more than 2,000 confirmed breaches and it’s estimated that 63% of those attacks leveraged stolen credentials. Whilst not all of these attacks took place over public WiFi, clearly it is a window of opportunity for bad actors and there is a need for more consumer education around online security.”

Furthermore, a report out of India has told that three out of four young Indians would provide financial and personal information to untrustworthy sources, just to achieve quick diet fixes. Promotional links with claims of ‘Lose 5 kg in one week‘ are the main cause for Millennials in India to hand over credit and debit card info, even to sites that may not even contain secure payment procedures.

What might be most alarming, however, is that there is ignorance and mismanagement even at the very top, as the on-going saga of Hillary Clinton and her email scandal has taken a new turn. Clinton, who is a current presidential candidate, used a private email server for government exchanges, rather than a considerably more secure and commonly used State Department email server for politicians. It was revealed that potentially sensitive information was sent through Clinton’s private email server, but this has been denied by her.

The company used to store Clinton’s emails, has been accused of terrible negligent practices for the safekeeping of private data. A former employee of the company, Datto Inc, spoke of the misconduct: “If you’re talking about high-level data security, at the political, presidential level, the security level of data […] was nowhere near something that could have been protected from a good hacker that knows how to spread out their points at which to infiltrate,” the ex-employee said.

Out of the thousands of emails sent by Clinton, it appears that 22 have been considered to contain top secret information. An inquiry is still underway to find out the extent of the situation, yet this new material could land a major blow to Clinton’s original statement that no secret information was leaked.

Time will tell how quickly defenses can rally to the point where hacking and online data theft becomes a thing of the past, but things can only improve once every single person becomes aware of how to protect themselves.

The future of web design