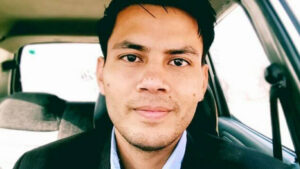 If you have a smart phone, chances are WhatsApp has replaced your SMS application. An Indian RTI activist has moved the Supreme Court to look into the encryption-policy of WhatsApp and other similar apps, reported Scroll.

If he gets his way, citing national security as being under threat with the current rules, WhatsApp could very well be banned in India even though he himself spends hours on the messaging platform.

Yadav has filed a Public Interest Litigation (PIL) seeking a ban, which is to be heard by the Supreme Court next week. WhatsApp is not the only app he has targeted; he has mentioned 20 others including Hike, Viber and Telegram, citing the same concern.

Why are we letting an app which can’t provide us details of information exchanged that is in the interest of national security? We don’t need anymore terrorism in the world, especially not in India.

WhatsApp’s parent company Facebook is not on Yadav’s radar as he claims the messages on its messenger can still be intercepted by the tech-giant. He has called for the law to be changed, as the old laws have no mention of encryption in them.

The laws also need to mention that the government can access conversations between people in “exceptional cases”, according to him. But how those cases will be decided, Yadav does not know himself.

If the Supreme Court does not agree to his demands, he has said that he will return to using the app as it is.

A PC in a Backpack; The Future of Virtual Reality?

I watched Independence Day: Resurgence and…