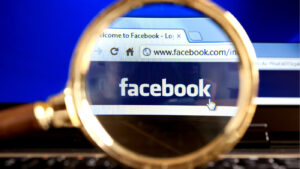 The Beijing High Court has ruled in favour of the Cupertino-based company, saying that a Chinese company should not have been allowed to register the “face book” trademark backin 2014.

“Under the Chinese law, a multinational with a globally-recognised brand must prove thatits trademark is also well known within China,” according to media reports.

Facebook CEO Mark Zuckerberg has been trying to break the ice with China for years.He met Chinese President Xi Jinping during his visit to the US last year.

The Facebook founder has also met China’s chief censor officer at his home in SanFrancisco and reportedly had a meeting with the head of the ruling Communist party’spropaganda apparatus.

Last week, Apple lost an appeal in China for its iPhone trademark when a lower courtruled that a Chinese company Xintong Tiandi can use the “iPhone” mark on its leather goods.