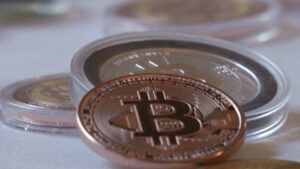 An Australian man long rumoured to be associated with the digital currency Bitcoin has now publicly claimed that he is the creator of Bitcoin. Now that is a claim that – if settled – would end one of the biggest mysteries in the tech world. Meanwhile, as of now, the jury is still out on that one and no one has been named undisputedly as the founder of Bitcoin.

Craig Wright spoke to BBC News on Monday claiming to be the man known by the pseudonym Satoshi Nakamoto. Incidentally, Wright has chosen to ‘disclose’his identity only to the BBC, the Economist and GQ. The computer scientist, inventor and academic said he launched the currency in 2009 with the help of others.

The Economist magazine, on its website, said that it still has “nagging” questions about Wright’s claim. He also asserted his role in a lengthy blog post.

The founder’s identity has been shrouded in uncertainty, and the media’s inability to pinpoint the person responsible has led to a series of investigations.

Last year, some reports claimed Wright was the founder and that he had used a false name to mask his identity.

Wright told the BBC he had decided to make his identity known to stop the spread of “misinformation” about Bitcoin.

Bitcoin is designed for secure financial transactions that require no central authority – no banks, no government regulators.

That makes it attractive to off-the-grid types such as libertarians, people who want to evade tax authorities, and criminals, even though Bitcoin doesn’t guarantee anonymity, since it documents every transaction in a public forum.

According to the BBC, Wright supported his claim to being the founder by signing digital messages using cryptography keys used during the early days of Bitcoin.

If Wright is indeed the founder, he is likely a very wealthy person: the person going by the pseudonym Nakamoto is believed to have amassed about one million Bitcoins, which would be worth about 450 million US dollars if converted to cash, the BBC says.

(With inputs from AP)

Julia Roberts and George Clooney on Being Directed by Jodie Foster

Newly Discovered Planets May Boost Search for Life Beyond Earth