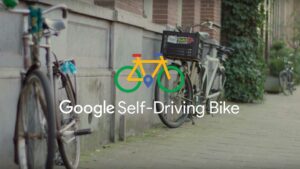 The Dutch cycle more than any other nation in the world: Almost 900 kilometres per year per person, amounting to over 15 billion kilometres annually.

The self-driving bicycle enables safe navigation through the city for Amsterdam residents and furthers Google’s ambition to improve urban mobility with technology.

Google Netherlands takes enormous pride in the fact that a Dutch team worked on this innovation that will have a great impact in their home country.

But, here’s the kicker. The entire thing was just a spoof by Google.

Watch the making of the video below.