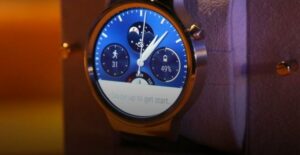 Huawei’s Android Wear Watch is now available. You can buy it online here or at Amazon. But here’s the thing, who really buys or needs a smartwatch right now? Samsung has found out the hard way with the Gear series, and the same can be said about Apple Watch to some extent in the country (the recent price cut says a lot).

On the other hand, you get options like Motorola Moto 360 (2015), and Asus Zenwatch 2 which understands that its consumers aren’t willing to shell out $300 for a wearable right now. So, is the Huawei Watch any different from the rest? We’ll know soon. But for now, check it out.

The Huawei Watch, powered by Android Wear, enables users to stay connected wherever they are, with instant alerts for calls, texts, instant messages and emails.

With the latest version of Google’s Android Wear, both Android and iOS users will be able to connect to the Huawei Watch.

Huawei Watch can be paired with iPhones too. (Photo: The Quint)

Watch the Trailer of Suicide Squad

Why We Love to Hate Both Apple iPhone SE and Xiaomi Mi 5!