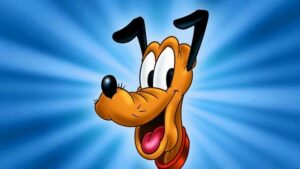 Good news for Pluto fans (the planet not the dog), analysis of images from the ex-ninth planet in our solar system, could promote Pluto to planet status and make the New Horizons probe a hero.

According to an article on the New Scientist, after taking a closer look at the images sent back from the New Horizons, they noticed that  not only is there haze around the mountain tops but there are also cloud formations. This would mean that Pluto’s atmosphere is more complex than presumed and that the very popular dwarf planet deserves to take back its place, as we have been taught for decades, as the ninth planet in our solar system. It also shows that size does not always matter.

As you can see on the image below, you can not see anything.

According to the New Scientist article, an email sent by John Spencer of the Southwest Research Institute in Boulder, Colorado, on 1 March includes a picture of a cloud that seems to stand out from the surface. “In the first image an extremely bright low altitude limb haze above south-east Sputnik on the left, and a discrete fuzzy cloud seen against the sunlit surface above Krun Macula (I think) on the right,” he wrote.

The people at the Society for the Preservation of Pluto as a Planet  have not yet started celebrating because nothing is official yet, nobody knows what the clouds are, if they are clouds at all and if it will convince the people who decide what is a planet or not to change Pluto’s status back to planet.

Hololens: Getting Ready For Something Truly Amazing

DARPA has a heart for needle phobics