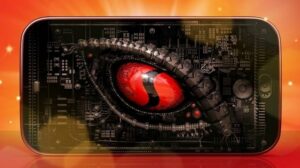 This week was Qualcomm’s update on the Snapdragon 820 which is now shipping in volume and going into the next generation of Smartphones and some tablets due out in 2016.  This is their new premier processor which means it will go into the top lines of most of the folks that build these things and not just phones as they report wins in a range of other devices ranging from Drones, to robots, and Cars.  What that will do will have to wait for later but they did talk about what new capabilities this processor would bring to you if you buy a top line Smartphone or Tablet.  Now realize that an OEM can take any or all of these features so not every feature will be available on every device but for the devices that have it all this will be a massive change in capability.

Let’s talk about the next generation of supercharged Smartphones and Tablets.

This is one of those things that everyone that gets a Snapdragon 820 should see as it is a core feature.   Typically, year over year we get around a 5% performance increase on the processor and every few years, depending on the technology, a performance increase on networking.  The Snapdragon 820 promises a whopping 30% performance increase on processor and better than a 200% increase on networking depending on what you are connecting to.   You don’t see jumps like this often and be aware that to see the networking jump you’ll have to update routers and connect to a newer LTE network.  The routers, called MU-MIMO routers are already in market and I’ve used them as bridges instead of pulling Ethernet cable around my home with great effect.   The LTE updates have started to roll out as well but depending on where you live you might not see that increase until much later in the year but the processing performance increases will be noticeable on day one.  This means apps will be snappier, games faster and better, and multitasking far less likely to slow your device down.  Oh and the new processor is more energy efficient so you not only get better performance you’ll see longer battery life.

One of the most noticeable aspects of this will be the ability to render real time photorealistic images which should significantly expand what you can use one of these tablets or phones for.  This dovetails nicely with Microsoft Continuum which eventually promises you’ll be able to work off your Smartphone and leave your laptop in the office.

One of the big problems with devices in this class is that the speakers suck.  This means you generally have to wear headphones if you really want to listen to sound.   This has more to do with the size generally than the quality of the speaker.   In addition, the speakers are very close together which means even if you have two it sounds like you have one.   Much like companies have discovered how to fool your ears with TV sound bars making it sound like you have a surround sound system new devices with this feature will boost the mid-range of the music giving you more volume and fool your ears into thinking you have far more separation.   This means you should be able to actually use the speakers that come in your device for a decent sound experience.

I’m not one of the folks that thinks I’ll ever use a tablet to take pictures but I will use it to view them and watch videos.  I do use my cell phone more than my cameras to take pictures because I have it with me and I generally don’t carry a camera anymore.  Now your typical Smartphone camera makes a ton of tradeoffs because it is small and has to be light.  To address these shortcomings Qualcomm has pushed a bunch of corrective processing into their solution so that what you end up with is camera quality.   This is true for both still pictures and videos with improvements in resolution, dynamic range, color depth and accuracy, and the overall still pictures and videos they showed are far harder to distinguish from those taken by a camera as a result.

In addition, they are providing far better image recognition technology so your pictures can be auto indexed on the phone so you don’t have to send them up to the cloud on your expensive WAN data plan and can index he shots on your phone holding them until you get a cheaper Wi-Fi connection.  This means you’ll be far abler to quickly find the picture you are looking for.

We have seen a huge increase in malware particularly on Android and Qualcomm is implementing a hardware based behavioral solution in this new chipset to address it.  Hardware solutions are far harder to get around because they exist below the OS and if you focus on behavior (like an app blasting our IDs, Passwords, or contacts out) you can catch even polymorphic viruses that evolve in the wild and are impossible to catch with scripts.   They are also implementing a far better fingerprint reader one that isn’t effected by dirt and works far more quickly and reliably.  So you’ll be able to get into your device quickly and it will be more secure.   Oh and their new fingerprint reader can go behind the glass on the screen or underneath thin metal so you don’t have to even see the fingerprint reader in a new phone design.

This is one of those features I expect to be on a few rare devices but it will allow you to connect far more easily to your TV and power than you have ever done before.  This uses a new frequency that doesn’t pass through walls to make the TV connection and something called resonance for wireless charging.  Better than inductive charging which requires near exact placement resonance charging only requires you be within proximity to the charger and your device will start charging.  You can even put the chargers below tables to you don’t have to see them.   Just plop the phone down and stream pictures, videos, or games to your TV near automatically or place the phone anywhere on your nightstand, desk, or car center console and it will both charge and connect.   I’m particularly looking forward to this last but bet it requires an interesting retrofit or new car.

Wrapping Up:  Power In Your Pocket

This is an impressive performance jump and while getting all of these features will depend on the phone OEM and getting all of the performance will depend on your router and carrier the end result will be the biggest jump in performance we’ll likely see this decade.  Suddenly you are going to have a ton of power in your pocket if you get one of these Snapdragon 820 phones and the only question will be what you’ll do with it.  Oh, and the fact that these phones have better battery life, better connectivity, and better security shouldn’t be lost on you either.   I can hardly wait to see what the OEMs do with all of this stuff.   Suddenly 2016 can’t come soon enough.

A Brief History of High Resolution

Is aggression crucial for the evolution of intelligence, and is Skynet inevitable?